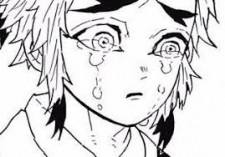 aisakafuyumi Yesterday, 12:28 AM
ohh i see that makes sense

Xelecus Jan 19, 8:59 PM
1. psychiatrist aren't that common here in my country, in my society, ppl who check psychiatrist are considered to be "insane" or "Crazy".
2. I don't have time for visiting a psychiatrist by myself. Since that I'm living my country again after 2 weeks - My uni is in another country -
3. Even if I have time, my ego prevents me from visiting one lol. I don't love the idea of asking for help or an advice from someone I barely know. Most of times, I love to solve my own problems by myself or collect some pieces/infos to help me solving it from other ppl - in an indirect way-

Anyways, it's common nowadays for ppl to suffer like this, humanity had developed in terms of medicine, civilization and technology, but new problems have appeared such as anxiety, depression etc ... The world is getting faster and faster, every min. is considered to be important now, what was accomplished in weeks in the past, can be accomplished in hours now. Our brains and bodies aren't well-crafted for such a situation - at least, the majority of us -. The world's pace is becoming faster than our ability to adapt to. So I don't feel that I'm the only one or smth, nor I'll commit suicide, It's just some random feelings that make me want to die and lost desire or positive feelings in living anymore, aside from my health problems which affect my life. Pretty sure that my lifespan will be less than the rest of ppl.

Ayanamihhh Jan 19, 6:14 PM
Wow, I'm surprised you noticed. Thanks!! :) it seems your birthday was also a couple days ago, happy late bday :)

aisakafuyumi Jan 18, 8:14 PM
omg i love yuki kaji and nobuhiko too but i also like hiroshi kamiya.
are you coming to japan any time soon?

AnimeLover19988 Jan 18, 7:09 AM
Also Naruto is a shounen, manga was even published in the Shounen Jump.
https://myanimelist.net/manga/magazine/83/Shounen_Jump_Weekly
There's BnHA and Death note there too, you know why? Because they are targeted at young male audiences thus called shounen.

So half your favorite anime is labeled as shounen which is your least favorite genre.

Bit delusional you are but that's okay.
Have a nice day my friend <3

Xelecus Jan 17, 7:32 PM
I'm trying to be okei, But it looks like whenever I seek for a peaceful period of time, An arduous problem appears from nowhere. One after one, Idm problems in my life but unfortunately, the ones I mostly get are like that all the time, they consume lots of time, money, effort, physical and mental health, leaving me by the end of the day, totally numb, empty and soulless. All what I'm seeking for, is living in peace, sleeping at night without anxiety or tension or overthinking, waking up in the morning normally without being nervous or upset. But it looks like, even a simple desire like this, can't be achieved at all.

aisakafuyumi Jan 16, 1:32 AM
not really, i've lived in thailand most of my life with my family, but a year ago i moved to japan so i'm learning now :)

aisakafuyumi Jan 15, 12:56 AM
hey there thanks for the FR <3
i see it was your birthday a couple weeks ago! i hope you have a good one!

yura_marinette Jan 14, 7:38 AM
Thank you!!! I'm so sorry I missed your birthday but happy belated birthday!!🎁

Though one thing I believe is true, that is, shonen always get overhyped a lot. I think that's the reason hajime tagged it as shonen.

This has happened with other animes as well like magica Madoka has been tagged as shojo even though it's psychological.

biswa290701 Jan 9, 11:15 PM
Yeah I know it. AOT is different from other shonens. But it literally has a shonen genre tagged with it and it's kinda ironic. 😂
Check out it's genre tags.

biswa290701 Jan 9, 1:54 AM
I just noticed it that your biography states that your least favourite genre is shonen. But isn't it kinda ironic that your favourite anime, AOT is also shonen. Lol
All Comments