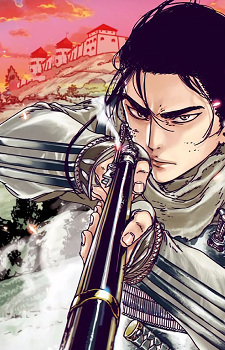 Thank you! I'm doing pretty okay, I hope the same goes for you! Hey hasn't the world always been like shit? True that haha.

No worries man it's okay I understand. I told you you don't need to apologize.
Actually same.

But I was the one at fault too because I replied too late. You mean Joker? How was it? I couldn't watch it due to circumstances. Understandable.

Same here. Don't know about the newer Terminator movies as I'm not that interested.

Oh I see. No problem you can watch it anytime you want and I've heard they're already shooting the 3rd movie.

I think it's the users lmao.

Me too I'm feeling at home when I watch them must be because I'm a 90s kid or so.

Okay good to know I guess I have to switch to this site then as my main manga reading site has been shut down unfortunately. 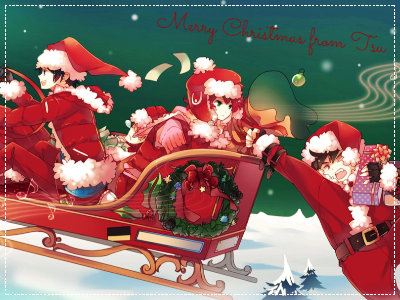 I hope you've been doing okay.

So yeah back to the topic now. I bet, it was so painful to list all the anime I've watched before joining MAL..I can't imagine making an account for movies.

Me neither, it was pure fan-service, a bit too much for my taste but not that I mind. I see, well I guess I will..I may not watch all the upcoming ones. Have you watched FFH?

Tbh I can't really keep up with all the upcoming movies..I'm interested in watching Joker I think it looks decent but I probably won't be able to watch it.

Then I will watch it, I like older anime anyway. Oh man it's the same for you? I'm not sure..so many people are defending Bebop with their lives and I barely made it to episode 5. I actually find none of the characters interesting for now..I actually don't know where this is headed. So many episodes feel like fillers and the real main story is barely progressing. I'll finish it tho...and see if it gets better.

Mangadex? First time hearing of that. Cool what did you read? Hmm how about Vinland Saga? The anime is currently airing and it's one of my favorite manga. Vagabond is my absolute favorite manga. I read it 4 years ago in just like 2 days. It has such an engrossing story and probably one of the best character developments I've ever seen. The thing is, it's still not finished and has been on hiatus for several years now, like Berserk. Well Berserk is also one of my favs and has probably the best story arc in all manga history (Golden Age Arc).
I don't know if you've ever heard of Oyasumi Punpun? I think this manga is pretty great but I have a few things I don't really like about it but you should give it a try. The mangaka is pretty popular and writes decent stuff imo. I also would count Monster to my all time favorites.
I used to read lots of one shots back in the days but they don't really impress me anymore. My taste changed drastically but it's not like I don't appreciate other stuff too, so yeah if you have something cool for me feel free to tell me!

Oh my, guess I won't ever be able to create an account for movies..I can't remember what I've watched lol.

That's okay man, I actually like it but as you said Endgame didn't do it for me as well and I'm also more fond of Infinity War myself. True but I will watch the upcoming movies regardless. I enjoyed the Far From Home tho and want to see how they progress the story from the post-credit scene that left everyone speechless. You know it's so hard to find someone who thinks the same way.

Right and I'm glad you're doing okay! Man you're in for a ride haha, LOGH may start of slow but it gets really interesting.

Besides Danganronpa I didn't have any interest in VNs but I heard House in Fata Morgana was so good and I gave it a try and now it's my favorite thing ever lol. Same man, I never considered VNs to be actual games because you barely have to do anything but I changed my mind with that one. I'm no expert tho, I wish I could help you get into one but why not try House in Fata Morgana? Maybe you'll like it.

Is is really that great? I've considered watching that one too..I'm currently forcing myself through Bebop. I only heard good things about it but it's I don't know..boring? And I can't seem to like the characters...maybe if I watch more? What kind of manga are you reading? I could give you some recs if you want.

tsubasa_ Jul 30, 2019 12:19 PM
Why are you apologizing? There's nothing to apologize for okay? We all have to carry our bags irl so everything's cool.

I wouldn't particularly say so but I've watched so many movies in my life that it's hard to pick my favorites. If you had asked me about my favorite game or my favorite color I'd have had a better answer tho. Awesome, finally someone who appreciates The Iron Giant. I don't know but whenever I mention this movie no one actually seems to know about it, and it makes me wonder am I really that old? But oh well it's a movie very dear to me. Glad to hear that, Spider-Verse is an animated masterpiece. And you are right the MCU sadly can't hold a candle to it but this doesn't really mean it's not good. A Spider-Gwen movie sounds exciting, I wish for it to happen.

Oh man, I've been through some shit but there are things you just have to accept you know? But more or less fine. What about you? Ah not yet, after finishing LOGH I wasn't able to watch anything and so I got invested in House in Fata Morgana (VN). I have a few anime on my list I want to watch soon but House in Fata Morgana also left a deep impression on me lol. You?

But there's one movie I've always liked since I was a kid. Do you know the Iron Giant? It's still my absolute favorite movie. My 2nd favorite would be Spider-Man: Into the Spider-Verse. As for the rest I'm not really sure. I guess I need more time to think about it :/

Guess we need a new topic to talk about. Can you think of something?

and meh this was me back then? yuck, I actually can't really relate to that person anymore lol