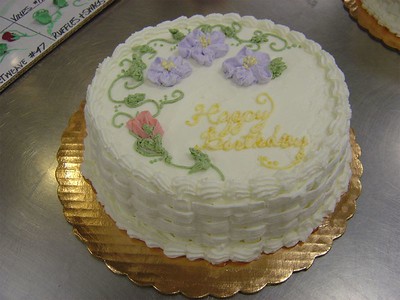 otakulorichan Jul 21, 2013 8:56 PM
i am still looking for admin of coffee shop(this is the coffeeshop link http://myanimelist.net/clubs.php?cid=26232.

if you like to be admin pls me here http://myanimelist.net/profile/domo022

:: C.C.O. Official Newsletter::
Hey there everyone! How are you doing?? We are writing you to inform you all of a few things!
• This is an occasional newsletter, sent to every club's member but with no frequence at all. You could receive it once in a month or even less.
So a little memo: if you'd like to receive a regular newsletter (usually weekly) about the club's activities and what's not, you can sign up here!
• We've recently opened a brand new claim, it has a bi-weekly frequence and is quite particular,
take a look!
• Also a brand new category.5 has been opened too!
• Same goes with the usual weekly normal category topic. About this, we wanted also to let you know that the next category might exceptionally open this incoming sunday rather than the usual monday, so you might want to keep an eye on the club ;3

I'm really sorry for my absent over these past few months without reporting to y'll
I've been reeeeeeeeeeeaaaaaallly busy lately T^T
Thank you for maintaining the clubs over these few months
I really appreciate it soooo much ><
I hope you all can forgive your lazy, cruel and irresponsible creator here >////<
Please leave a comment on my profile for how you guys dissapointed in me T^T

SO BACK TO THE POINT!!!!
The clubs has been unactive over these past few months
So, I really appreciate it if you all cooperate with me
TO MAKE THE CLUB ACTIVE AGAIN!!! >w<
Invite or Report members,Layout Design,Random Cards,Games or Random Posting and etc
Just do whatever you'd like to make the club active again
I will also do my best to make the club active again
So I hope you can to ^w^
For further details, please comment on my profile.

:: C.C.O. Official Newsletter::
Hello everyone! How are you doing? This is C.C.O. talking 8D
Some of you are still active in the club but to those who are not, it might seem a long time since our last announcement.
Although this is surely the first time we send you a big newsletter since the mass messages have been taken off from MAL a couple of years ago.
You might probably know this already but we just wanted to be sure to inform you that our club is still alive :D
Actually, it never went inactive in the past years and we are proud to say that we are older than two years (half way to the third actually!) and we'd like you to be active again in the club, so feel free to pass by anytime if you still have interests and fun in claiming ;D
That said, let's just pass to the curious stuff:
• We have a new main layout made by ahin, with each direct link to related claim topics and claimed list! You can visit the club to take a look!
• The current newsletter is just an occasional one that is sent to all 1000+ members of our club.. Although, we are willing to start sending regular newsletters to members that would like to receive them, so if you'd like to receive more informations just sign up here!
• Also, you can find a summary with useful links at the Claim Menu Navigation topic! We've made this to have more order and un-stick many claimed lists the way to leave the club some breathe. Check it out, maybe you might even find some claim who is new to your eyes ^^
ï Little memo for everyone, since more than an year now, we've introduced the Badge System, if you want a banner to be made by Staff you need to be registered in the topic! Also you can find out in the Badge Storage if you've already requested it because there's a list of every member and the link to their already made badge, as well you can see if your post may need to be fixed someway!
• Destiny Topic finally reopened after a break and now it's having a new theme! Come to claim if you still didn't have a chance to! It'll probably stay opened until May 10th.
• A recent new claim topic opened: Tribute Reload, it gives the opportunity to everyone who missed a previous tribute in the regular voices topic to claim a role of a Seiyuu they like as well as to claim a different role of a Seiyuu you previously liked to tribute!
• The Category topic is still weekly as always: This week's category is Creatures!
• C.C.O. recently hired a few new persons but we are always looking for anyone that would like to help! Here is the recruit topic if you'd like to volounteer!
• Last, but not least, we are currently having this special game topic who needs anyone to register first, in order to get a gift later ;D link9us Dec 10, 2011 4:29 PM
Yeah if you like the 1st episode of one piece that much, then chances are you will be one of those people that just gets addicted to a show like this. Also now is a good time to watch it because should i say "part 1 of the show has already concluded" you'll know what i mean when you get there at episode 516 lol. It is similar to like yu know naruto and naruto shipuuden, accept in one piece they deiced not to split the story into two separate anime series instead they just continued on.

One piece has some of the most incredible back stories in anime and character development.

Lalakoboldslayer Dec 1, 2011 3:35 AM
Hi, it looks like you're getting addicted to One Piece.
All Comments