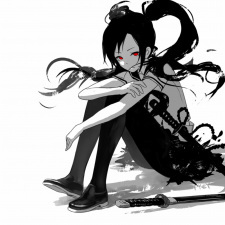 Madotsuki_Zef Oct 21, 10:03 PM
I don't know exactly, but the antagonist of that saga is Enel! why is luffy the best? do you like that type of personality?

yei! who is your favorite? tsubaki or kaori?

yeah! what I like the most about Takt Op. Destiny so far is the animation, I hope the story becomes more solid in the future but for now the animation makes me enjoy this anime.
madhouse is from my favorite animation studios, so I always hope they do a good job.

did you start reading Youkoso Jitsuryoku? I'm up to date on the light novel, it's a gem! 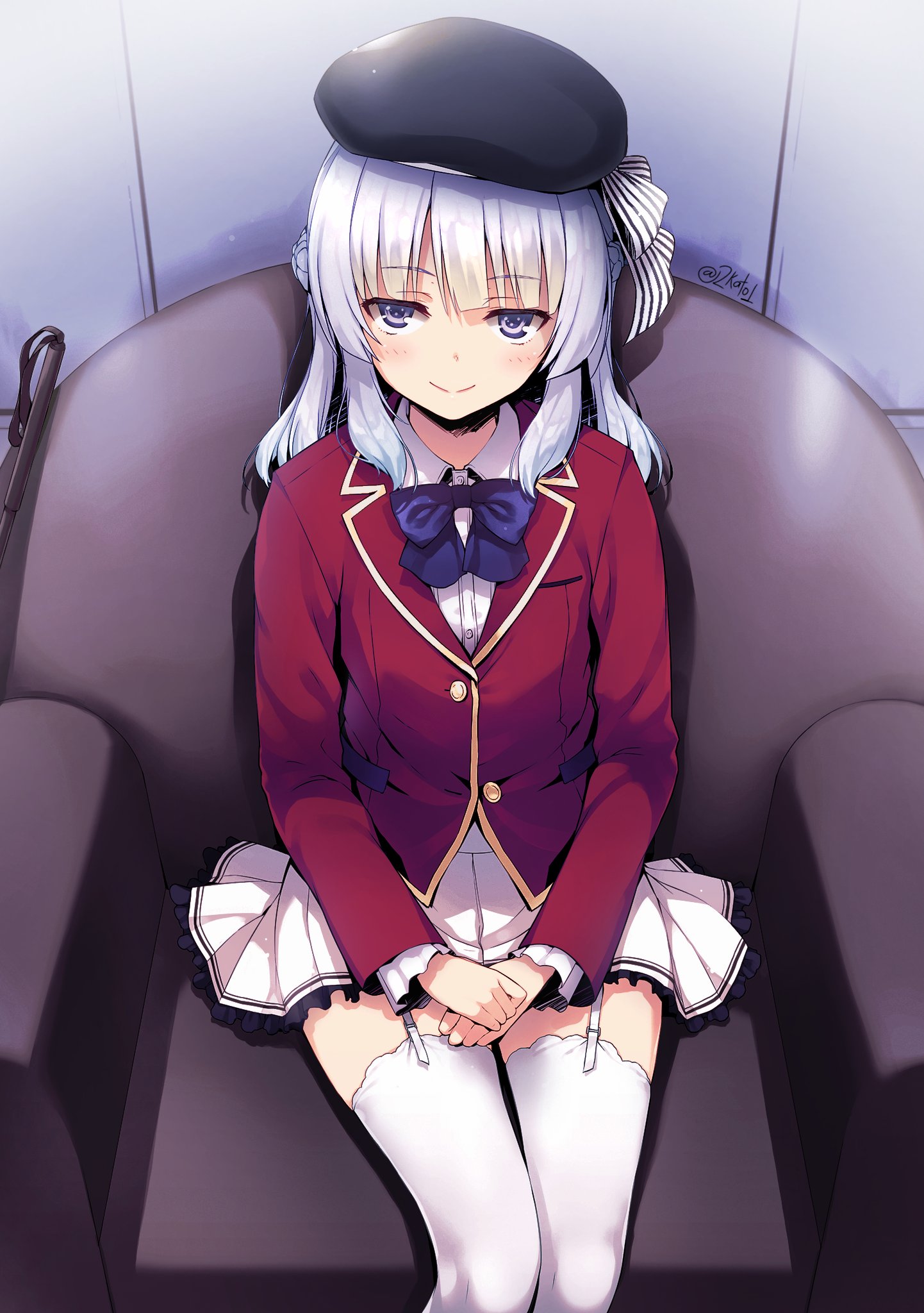 1. That was what I trying to explain. You are right, there were multiple scenes of the sister eating the brother but it was done in order to prevent the sister from killing other people, and since the brother is also infected he heals just fine.

2. Oh okay, my bad. I'm looking forward to seeing an OVA or whatever it may be.

I was trying to ask whether you can see the scores that I have given out for the animes?

BlazingRoze Oct 17, 7:23 PM
I actually don't know how Darling in the Franxx ended nor have I read the manga. I just remember that back when the anime was reaching it's final episode, there was a lot of drama with the 2 main female leads. I mean a lot, and I didn't even watch it haha! The good thing is that I actually have no idea what the drama was about between the 2. All I know is that it involves MC, Ichigo, and Zero-two. Been spoiler free forever ;) The OP is pretty good though.

Very excited for the Quints movie too. Who do you think has the best chance of winning? and who's your favorite quint? I love Yotsuba and I think she's a sleeper bride. If I were to just who actually might win, I think Nino will win and maybe Miku has a chance. I don't think Ichika or Itsuki have any chance at all.

I'm glad I was able to brighten your day! Glad that we can relate too :D Awww, well I'm glad you have a pleasing profile picture to look at. I really like this one and the previous one a lot! Also, no worries haha, I can't draw to save my life either :P

1. I used to play video games, but I just don't have the time to actually enjoy the games anymore. I love Nintendo games like Zelda, Mario, and Smash, but I can only play those for so long before life knocks on the door lol. When I do play, I usually play my mobile games like DBZ Dokkan Battle and Fire Emblem Heroes. I also play Nba2k, Genshin Impact, and the Fire Emblem games that I have (Fe4-16) when I get the chance. What are some games you're currently playing?

AkumaBlu Oct 17, 5:40 PM
I kinda get it, sometimes I too watch anime that leave a hole in my heart but I enjoy it and the feeling.

The anime that made me feel like that were Clannad, A Silent Voice, Your Lie In April and Parasyte.

I try to not cry in any situation, so I don't cry often, but those made me tear up.

What are some of the anime that made you cry?

Dragon Maid was pretty alright, the middle was kinda boring but the ending was good. Kanojo mo Kanojo sucked so bad. I'm trying to watching a ton of stuff this season but I don't have the time, from the first episodes I've seen The Faraway Paladin and My Senpai is Annoying are pretty good rn. Puraore! Pride of Orange was disappointing and it's only the first episode. Oh yeah Komi is pretty good but I'm sure you know that. What about you?

AkumaBlu Oct 10, 8:10 PM
First off, I completely get it, the late reply. I am sorry also, sometimes things get busy and you forget right? I finally have some down after a few days and I'm gonna watch some anime right after.

I am not interested in those genre's cause they appear to me as just randomly sexual and sometimes just ridiculous (like the scenes in food wars or Highschool DxD, which I've heard a lot about but I never watched it).

I'm really intrigued that those are yout favorite genres, can you explain further why you like it and what are some of the best you've seen?

drakoneel Oct 8, 1:49 AM
I love learning languages too. Right now im studying Japanese. I learned English the same way you did, from the internet. Xd

I don't want to give you any spoilers. Let's wait for the anime and see then what it's about.

It's okay, im a slow replier too.

Madotsuki_Zef Oct 7, 9:31 PM
ohh I remember that part! I am in chapter 290 of the manga, I also have to read too much to be able to catch up ._.xD. i watched the anime for a while but i regret i did jsjs, do you have any favorite characters so far?

akame ga kill did get you emotional? that is unexpected, it is a difficult anime to remember for me.
I love your lie in april, that anime really touched my heart and I have a lot of affection for it. what do you think of the end?
The ending of code geass was too emotional for me, it's a perfect ending in my opinion, something that Aot manga can't say jsjs.

In my case Genjitsu Shugi I liked it from beginning to end, it is nothing special but it was very nice to watch, the characters do not stand out at all but I still like them. I will definitely watch the second season! hbu?

what did you think of the first episode of Takt Op. Destiny?
no problem, reply whenever you want!

That's cool. I've seen SAO and thank the franchise for getting me into anime. SAO holds a special place in my heart for being my 1st official anime. Despite the hate around SAO, I think it's still a relatively enjoyable anime. Darling in the Franxx. I remember a lot of the drama with it. Really just Ichigo and Zero 2. Maybe how the story ended. I never watched it, but it's been on my watch list ever since it aired. Maybe I'll check it out sooner rather than later!

Thanks! You know what's crazy is that Oregairu, The Quints, Yuru Camp, and Vivy, are all shows I watched this year. I certainly wish I could watch Oregairu and The Quints again without any of the knowledge I know now. I do plan on rewatching The Quints when the movie's release draws closer.

1. (Ok, so I had a whole thing talking about how live-action films basically suck, except for the actual good ones, as my explanation. Just wanted to let you know I omitted it lol.) I've never thought about this and thanks for asking. To me, there's not much that compares to anime. I get a feel from the story and characters. I can fall in love with the setting of the world and the music. I can actually learn a lot from the story and characters. I get stellar animation that fits the realism of the world. I think anime mostly being episodic helps out a lot with the watching experience. You become attach to the story, characters, studio as you follow the series/franchise. Not to mention that there's a ton, and I mean a ton of anime's out there. The anime industry is massive and there's just so much to see. Ahem, obviously there are the actual bad things about anime but yeah lol. I hope this is a good answer b/c I find it to be lacking in structure and a clear-cut answer, but the heart is there :D Also, I watch anime probably b/c of my total interest in said anime title and its stuck with me ever since SAO. Again, SAO was my first anime (excluding DBZ, Pokemon, Yu-Gi-Oh, and other kid shows) and the whole concept about the show is what 1st got me interested in anime. Anime is imaginative and can explore the boundaries of realism is something else I'll mention for my likings. There is almost no limitations when it comes to anime except from the studio and creator themselves. Whether it's good or bad, I (99% of the time) still enjoy them.

2. Yes, anime over real life stuff any day. I think it really comes down to the little kid inside of me. I actually look forward to films from Disney more than say Marvel or other blockbuster films, so I think that translates over to my preference for anime. The only live-action shows I like are The Office and Parks and Rec. I care enough for the hype superhero films and stuff, but don't go out of my way to actually see them on release. I'd imagine you heard of Squid Game with its recent trend, but imagine how much could've been done in a anime style (not much as the show is pretty good already lol). Also, I believe anime is superior in a lot of ways, but live-action stuff have their charms too. Spent an hour thinking of this stuff! It was fun to write it out though! Thanks :)

How about you? I would love to hear why you like anime. Also, cool profile pic, I notice you changed it. Do you draw those by chance?

melodical Oct 4, 1:13 PM
1. It basically includes a lot of gore but as a story going. (If you heard of Nami for example, it's like a random 3 minutes anime but Pupa has a storyline and it's really interesting, in my opinion, to watch)


2. Apparently there's an OVA coming if I'm not wrong. I haven't heard of the movie, is it official?


I don't motivate myself, in fact, I can't. I'm more the type of person that is like "everybody is studying, so I have to study. Also when I'm saying I'm studying it's most definitely because of exams or mocks.

(don't worry about the late reply I don't mind it)

By the way, can you see the score on any anime that I ranked, I made sure I closed it but I want to make sure.

EliasAzam Sep 29, 12:13 AM
Hi again!
Lately I finished (my hero academia)
It was the best anime I ever watched I still can't forget it!

CosmicStardust14 Sep 26, 3:23 AM
That's exactly it! And when I finally have a bit of time I don't actually want to do anything because I'm so tired.

It's been anime movies. Currently making my way through Netflix's collection of Studio Ghibli films!

One piece is good! I'm having a break from it but hope to start watching again soon!

I think I might have a break from seasonals this season, unless I get any recommendations, as it's had to stay up to date when things get busy. What about you?? :)

Madotsuki_Zef Sep 25, 7:00 PM
ohhh! I'm reading the manga of one piece, in which part of the history of one piece are you currently?

I think practically the same as you about 86, the final episode of the anime made me raise the anime rating a bit but the rest of the chapters seemed pretty standard, neither good nor bad episodes just entertaining. was any death shocking to you?

Genjitsu Shugi Yuusha no Oukoku Saikenki was a nice anime, what do you think?