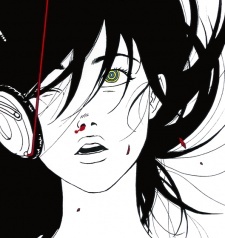 oppressedwaifu Sep 7, 11:25 AM
mass of the fermenting dregs is my favorite band :)

YukkoIsDead Jun 9, 8:11 PM
It seems you're dead, but I'll leave some thoughts anyway. I agree with your The Tatami Galaxy review, since I also realized afterwards that I did not enjoy it and genuine humor was inexistent. But I got disappointed (oh how oh how I become disappointed in reviews all the time because of this one word) as soon as you said you could describe the show with one specific word, and which I fearfully predicted (with the hope that I'm wrong) since it would make you a philistine of the highest order. "Pretentious." (I hate this word so much.) What piece of art, that tries to be seen, is not somehow pretentious? Pray tell. Or should it try not to be seen, and wish to be obscure and thus not pretentious? You've got to be kidding me. Please, tell me and enlighten my small brain, that gets smaller still every time I hear someone call an anime pretentious.

Also Steins;Gate being unrealistic. Are you serious? Why do people like you have to exist? You liked Evangelion, which is, from what I heard, kind of, just maybe, just a tad bit, juust a little UNREALISTIC. Or is it not? Explain. Or are you too lazy? What? You wouldn't bother explaining to an idiot like me? Don't flatter yourself. I don't believe in time-travel, but Steins;Gate handled it well, and it was fun. Next time, just admit you couldn't enjoy the sciency bits and everyone will understand. That's not a problem. Just, saying an anime is unrealistic as a universally valid criticism... xD Ah, Christ, why do you even watch anything other than slice of life then?

This of course doesn't mean I don't appreciate the reviews on mal. It's just these ridiculously poor points people make for why shows should be hated.

Nurlela May 14, 2016 11:23 PM
just read your tatami galaxy review recently. and I'd say that I'm not the only one who notice tatami galaxy had a repetitive storyline, and not deserve a masterpiece show

Madness17 Oct 20, 2015 10:51 AM
I agree with your review on The tatami galaxy. I dropped it because it wasn't going anywhere and it seemed really childish.