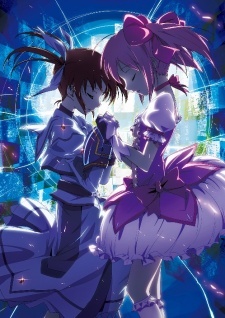 binhublues Oct 16, 2018 7:30 PM
Your trash talk in MarlyTT made me come here to say it was hilarious. loved it hahahah

redwolf6767 Jan 8, 2017 8:36 AM
I understand. Hope your enjoying Japan! Its not my favorite part, but I am oddly partial to endless eight even if I kind of wish it had only been four to six episodes.

The climatic moment where Kyon nearly smacks Haruhi being one of its highlights though, as you mentioned.

Ehh I didn't really like the part where they made the movie. I prefer the endless eight to the movie making part. That may be blasphemy though.

redwolf6767 Aug 19, 2016 10:18 PM
Haha you watched one of them twice. That's hilarious. At first I thought I was accidentally watching the same episode twice, but I actually wasn't. It really was only 30 pages in the source material? Wow. You want to watch the 8 episodes 8 times....haha good luck. Overall, the hate for those 8 episodes I think is a little excessive.

Yes, I have been told by others that it sets up the movie well.

Overall, I like the series. Right now its looking like I will score it a 7, but it could go up some if the ending is strong. Anything above 7 from me is a great score. My average is a low 6. I am pretty excited for the movie as I have heard great things about it. I was thinking I might wait until the winter to watch it, since a lot of fan's apparently watch it every year in December.

redwolf6767 Aug 19, 2016 11:31 AM
Haha. Actually better than I thought it would. I felt it was a tad long and personally would have probably made it only 4 episodes long, but in fairness you could just skip some of its episodes to make it shorter if you wanted. Not my favorite, but it was okay. I survived. haha

What did you think of it?

AnimeFellaJJ Jun 21, 2016 1:17 PM
Oooooooh. Good! That means I can give the other one a lower score and this one a higher one!
All Comments