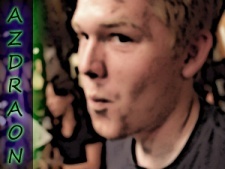 while being a stalker and former resident of arizona, i noticed that i have seen most of the anime that you plan to watch ... and since i am always in need on advice about what to watch or not to watch ... i feel compelled to let you know that you have some hidden gems in your list but then again i am not sure what you look for in an anime. so if you're in a rut i may possible be able to provide you with answers for many hours of entertainment at no cost. and now i sound like a prostitute. :D

I noticed you are my anti. We rate in almost the opposite directions, and I was wondering how you can be so uptight about it. I'm very curious about your standpoint on anime and how you judge them, because I simply rate them highly if I enjoy them, or if I can relate to some of the characters.

tehnominator Oct 20, 2011 11:59 AM
Hmm, I am not really sure what you're asking. I used to review whenever I felt compelled to say something about an anime or manga. It was a compulsion, mostly, to verse whatever thoughts I had floating about in my head or ideas that were just bursting out. Reviews turned out to be the container, the mode of expression for these feelings and thoughts.

Magicks Jul 29, 2009 10:54 PM
Ditch the Princess and Check out the real Mononoke, Some awesome stuff right there

Magicks Oct 26, 2008 9:48 AM
I enjoyed One Outs. I'm a fan of baseball, but the show is more focused on gambling on baseball rather that celebrating the sport itself. It's a bit early for me to tell tho, because I've only the first episode. It might be worth checking out for you, but I'm not sure you'll like it all that much if you don't like baseball or gambling on that sport.

Magicks Sep 19, 2008 1:10 PM
It's nice to see that someone else that holds the show responsible for the later part. I think people excuse it too much. Still a great series tho. :)