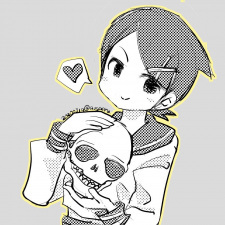 squirrvev Nov 24, 8:35 AM
Heike is basically a Slice of Life anime where some of the cardboard cutout characters do something horrible in an attempt to maintain power. The plot is watered down and scattered, basically just a happy privileged life with something going on in the background. Then eventually the situation gets so bad our character is thrown out so she can have a character arc and decide to witness the fall of the Taira clan. Then it falls because everything ends eventually. Feudalism is relevant to the plot and characters, but nothing ever gets properly recontextualized or challenged. There's a lot of focus on portraying emotions, like in Violet Evergarden, so a lot of immoral decisions ( arranged marriage is the most painful one ) end up being just kinda presented as stuff that happened. Tokuko's whole arc is so bad it makes me almost as mad as VE's Amy. And then it tells you to pray in order to avoid suffering. After showing bad things happen evidently because of feudalism, without acknowledging the issues and therefore also with no alternative. Just pray the pain away and don't question anything. It doesn't even look as good as Violet Evergarden and the lack of solid messaging is worse. Why bait some gender stuff only to end up dropping it anyway ? Why show women being treated badly only to conclude that they lived a happy life of luxury so who cares about being groomed to marry and have sex with whoever you parents want you to ? This is not what I thought it would be, it has some nice SoL moments, but it's still not good.

squirrvev Nov 14, 6:33 AM
so uhhhh Eureka Seven has a shit ton of child abuse in it and nobody seems to have noticed anything yet. MC Renton gets hit and treated like garbage so many times I don't know if I'll be able to finish this, let alone bother watching the sequel

Roevhaal Nov 7, 6:51 AM
looks horrible with a chance of being fun horrible.

squirrvev Nov 6, 5:55 AM
The worst thing about it is that it just casually portrays all sorts of things as if they were just a normal part of life when sometimes some meaningful commentary is absolutely necessary. Everyone should take notes from Sangatsu no Lion, which not only looks beautiful and portrays all sorts of emotion very realistically and strikingly, but also has something to say. The two movies are even worse, I hate what the side story did with Amy forcing her to abandon herself in order to become an obedient reproducer of feudalism. Even tho her little sister got the freedom. But hey, you're supposed to be happy because they can write letters to each other. Bullshit. I fundamentally, morally disagree with this movie. The other one is just typical hets destroying everything that stands on the way to their next dose of shitty het romance. I swear Violet's character arc got invalidated just to ship her with Gilbert. Her personality inexplicably changed too, but at least the side plots were good

squirrvev Nov 2, 3:12 AM
I had a feeling I might end up somewhere in between the two takes on Violet Evergarden and that's more or less what happened. It's visually stunning and together with a great OST there's a really nice atmosphere to it. The first 4 episodes are not good and apparently anime original. That age gap marriage thing is ... not the worst. Still bad tho. I don't get that school stuff, how come a single sentence saved her ass from something that wasn't even built up properly ? Anyway, there are like 2 or 3 really good episodes everyone is talking about and the rest is just whatever. The whole story is about this weird 14 year old girl working like crazy ( yay child labor, big developmental gap because 14-24 , bad parents that did not have to apologize for anything for some reason, arranged marriage but that girl kinda gamed the system a bit and very expensive private ghostwriting service presented as something extremely important. Wow that's a lot now that I think about it ) while simultaneously trying to figure out Gilbert's and her own feelings. And of course it's done by having a het love story happen in each episode ( except for the ones with familial love but ehh ). Kinda too much of the same for me and then there's this bad villain stuff at the end that feels completely out of place. Well the anime did properly resolve things, just not quite in the way I wish it did. Will see the ova and movies later, probably also say something about them

squirrvev Oct 30, 9:57 AM
what's up with takt op ? I heard that it does not have any semblance of writing and apparently the quality dropped despite two studios working on it

Roevhaal Oct 28, 7:26 AM
that sounds like something that would get stale fast

squirrvev Oct 27, 12:40 PM
not sure right now, but I think it might be a bit on the wild side. The mc is given some sort of responsibility with regards to Shubuya's Shibuyaness but I don't know what that entails yet. Like the girl refused to call the substitute teacher a pervert when she first saw him sniffing the ground because she was taught a vague and simplified notion of diversity. On the other hand the teacher isn't dangerous, he's just a Shibuya freak. He told her to ring the buzzer even to a clergyman, while also casually mentioning that there's plenty of reserve teachers in case of crimes right after telling them that he's just substituting because of the previous teacher's parental leave. I think this might have some warm and uplifting moments, but will probably also include some more disturbing or ridiculous aspects of society. Kinda can't tell exactly right now because there's only the first chapter . Anyway the female mc has a friend who looks exactly like Kafuka. Two elementary school girls are friends, with the rest of the class also being female for the most part this kinda gives off SZS vibes but also some Kakushigoto as well. I'm excited to see where this goes

squirrvev Oct 27, 3:13 AM
I managed to read the first chapter of Shibuya Near Family and while the typical Kumeta humor is there I still have no idea what else to expect from this lol. It's good, has a lot of girls including the two main characters ( I guess ) and an eccentric male substitute teacher with a Shibuya fetish or something .This might actually get dark at some point, but anyway I like it already. I'll wait like 10 chapters until I say something more substantial . I think I'm just gonna read it in Japanese because the scanlation might not come until half a year later and an official English release 3 years later

squirrvev Oct 24, 2:04 AM
winter and spring already have a lot of promising shows and there's obviously gonna be more announced at the end of this season. Also Kumeta will finally start a new serialization soon https://twitter.com/mangamogurare/status/1451965039284527114?s=21

squirrvev Oct 19, 4:19 AM
I'm gonna have to check out Komi-san and Selection Project too, because currently the really good ones aren't enough and I'm still very unsure about Aquatope and Heike because of the direction these shows might go in. I feel like Yamada Naoko's usual way of writing may not work very well in a story set in such a terrible world, like I don't want her to go full humanist and people-focused on something that I'd rather see confronted and criticized instead. The story is also difficult to follow sometimes because there are so many people hard to remember by their names. Oh but Yakumo is good and Pride of Orange also does things a bit unusually ( using certain cliches or popular story elements differently from what you'd normally expect ) going in a kinda " love live, but ice hockey " direction. speaking of which, Superstar was good except for a certain duo that had so much tension between them for too long, resulting in there being significantly less interactions with other group members. Well the finale kinda makes up for it. Anyway, this season is surprisingly weak and even though it has some good stuff in it I don't think pushing for more anime when this is the resulting lineup makes much sense for me. So much of it ends up uninteresting that trying to do even more in a season will only end up bombing half of the shows

maybe I should pick up Senpai ga Uzai but I guess I'll mostly wait for winter season with Slow Loop and Akebi-chan no Sailor-fuku, those seem very promising to me.

squirrvev Sep 26, 7:03 AM
Heike is good so far, Otome Otogi manga was good but I'm not sure how much they are going to adapt and also the production qualities might not necessarily match the manga quality. Mug Cup is going to be fun, Visual Prison looks interesting ( except it's A1 so there's no guarantee ) and the rest is just whatever. Pride of Orange has some interesting activity for the girls but I have no clue how good it might be. Unsure about the Doga Kobo stuff, they kinda lost their edge years ago. Magia Record s3 will probably debut on 31st December and air technically in January, so I'm not sure if it counts as fall season. Yeah, the anime I'm looking forward to the most are almost all 2022 or possibly even later

squirrvev Sep 26, 5:21 AM
Magia Record season 2 was really good story wise and for the most part also visually. Sadly, the schedule ended up being too tight in the end, so while the direction is absolutely brilliant the last three episodes, esp. 6 and 8 have a lot of rough edges. If you don't mind, you might want to wait for the blurays, vol.3 will come out January 26th. Anyway, the story got darker and had much more original elements and adjustments, ending with the immediate threat teased by s1 finale being defeated ( for now ). Plenty of dark twists, the mystery around Iroha and Ui will likely be one of the main points of s3. Anyway, Aquatope got heavier just after your drop, with Kukuru loosing Gama Gama in a pretty dramatic way and then Fuuka having to leave. Now I'm kinda scared about the rest of the story, since this is a two cour. Also, Haruhi started out pretty great but ended up being mid tier in the end. Endless Eight is bullshit. Ishihara Tatsuya did a very bad job with queer rep in this one, with molestation and distance jokes being pretty much the only ways in which it was shown. Still yet to see the movie, but my expectations aren't super high. Well, the concept was good anyway
All Comments