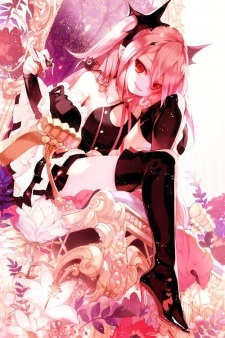 ahh, you mean Gamaran, some of my friends have been reading it in the past but i didn't give a damn about it xD

Zeke-frost May 20, 2017 9:00 AM
naruto's ending was alright in my book; if we compared it with bleach's of course, kaguya appearing out of nowhere as the last villain while madara getting backsttabed by blzck zetsu was awfull, aside of that everything was alright. bleach was just terrible, cuz the last 10 chaps felt soo rushed, but it's understandable since it was the magazine decision to cancel the manga not the mangaka himself. by the way how much chapters for magi's end?

did you see FT's last chap :v ? that was ... dunno what to say, i can't put in words, but i've laughed at it like a madman xD zeref got one shotted and the black shit got sucked at that timelapse by ichiya xD, jellal did absolutely nothing in this arc but getting his ass kicked ;_;

i think as of lately you have been reading tokyo ghoul, the manga is good, and i too, like eto :p, best gurl for me, as for guys, i like the trollman furuta and koori ui,

Zeke-frost Mar 26, 2017 12:03 PM
unfortenately xD, it's heading currently to its ending -_-... but I enjoyed it nonetheless, i'll definetly look forward to shinobo sensei's next work.
i didn't like how sinbad had a hand at everything happening in magi -_-, he already has his own manga, and now he's the mais protagonist ;_;

hmm, actually there's ton of samurai mangas, do you probably mean samurai champloo?
you might find something if you look up for it here :
https://myanimelist.net/anime/genre/21/Samurai

i just catch up on the last events of magi, the last arc has been trashy :/ , rip arba being the main antagonist :v :v