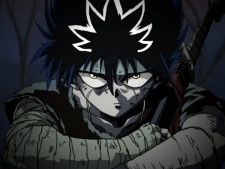 LuckyAlix Nov 28, 2015 11:01 AM
Hello fellow MAL member! :D
Are you a movie addict or maybe just a casual movie viewer? If films, animated or live-action ones are something you like, have you ever wondered about joining a club where you can discuss about your favorite movies with your friends on MAL?

Subbed Oct 28, 2014 1:08 AM
Hey, animeguy17. Thank you very much for sending me a friend request. However, before I accept, might we hold some sort of a discussion first? I tend to do that before accepting friends, I hope you understand. :)

Man, I think Sasuke is a bad character, but not a despicable and disgusting excuse for a human. xD He's probably better than Naruto, at least, who's as generic as a shounen MC can get. So yeah, Makoto is far worse.

Joking, joking. But seriously, thanks. xD Interesting how you agreed with my posts yet gave School Days a radically different score. Did you hate it for all the reasons I loved it?

Chitai Oct 5, 2014 7:27 AM
I see. That isn't my favourite part about the series either, although I do find Yui to be quite cute (even though the "mama" and "papa" parts are a bit cringe worthy).

After watching SAO, I always tell people to watch up to episode 16 because the last ARC kinda throws everything that was good out the window.

The second season so far has been really good. Kirito's long hair and female looks is a bit irritating, and I think they're going back to the fairy game since the current ARC just finished.

Don't know what else to say really as I do quite enjoy the anime.

animeguy17 Sep 25, 2014 1:22 PM
From what I'm seeing in the comment section of different forums, the poster makes people think twice about giving it a try. You can't judge an anime by it's cover. I was also surprised at how good it is.