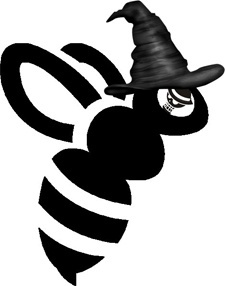 ValkyriaKage Mar 7, 2020 4:30 PM
Übel Blatt was completed, in case you were still waiting for it

Cinefil_original Mar 23, 2017 12:12 AM
I agree. The moment they startd dragging it out you loose interest in the show, only the hardcore fans will keep watching it.
Imagine if you had to watch it on TV, waiting 1 year foar a canon episode to air...

7amdowh Mar 22, 2017 9:50 AM
The ending was great, though it's indicate there should be a second season.
I was just talking about the fight animation, you will probably understand when you see it.
Though there are few bad points in the series, I still gave it 10 because the great elements more.
If not 10, maybe 9.5.

If it's okay with you, tell me your thoughts about the series after you finish it ^^

Animex95 Mar 22, 2017 8:54 AM
thx man, i was fine with it until he starts being so fucken op in real life too...juz a lil research and some forums and bam u got a genius in engineering. u dun nid no degree no university u juz DIY

Cinefil_original Mar 22, 2017 8:19 AM
"You either die a hero or live long enough to see yourself become a villain." - or something like that. It is a quote from Batman (don't remember which movie) but the idea behind the quote has been conveyed through various lines of the sort for decades.

Boruto, a complete and utter mess, watched the movie, rated it around 3.

To be honest, if I remember right, even the original series had lots of fillers so it can be considered as a tradition of the franchise. Whenever movie/anime characters have children it already takes away from the character, in my opinion. In this case, I've seen Naruto fans praising Boruto because it is related to the original but I can't see why they would. Anyway, Boruto is gonna be an even cheaper copycat show of Naruto.
Boruto in my language sounds and is spelled similar to "puke", must be a sign.

Rose_Bomb Oct 25, 2016 4:16 AM
It has a much different tone than either the Manga or the Anime for sure. The plot diverges drastically from the manga after the Jinchuu portion is covered.

EGOIST Oct 18, 2016 8:27 AM
I think it beats the purpose of the review if you yourself has not finished the anime since basically your review is "incomplete"

If you have any other questions ask away .

Youniko Oct 17, 2016 5:37 PM
Lol if you want its a little bit of a spoiler for the last ten minutes so if you dont want it all the way spoiled then dont read anymore... the ending is happy although its not as happy as it would seem because during the movie something starts to happen to the both of them and it effects the end just watch it and you will see its a great movie.

AgelessPharaoh Oct 16, 2016 11:37 AM
Well the first one is the best as in all cases , the first season of any series is 70% better than the rest . Macross , or by its other name SDF Macross , was the most complete show , it had a well thought story , perfectly grown characters , awesome OST , the songs were perfect and catchy , the best one by far is " Do you remember love ? " , the romance was done right and by me he made the most logical choice for a heroine , some may or may not disagree with me here , but what is done si done . It has 36 episodes and some other stuff , but after you watch the TV Series it's best to watch the movie that has the same name as the song I mentioned earlier " Macross: Do You Remember Love? " , the movie is an alternative version of the series , but it doesn't change much to almost nothing , the animation is better and the OST as well if I remember corectly , the most important part is that it continues even a little from where the series left . If you have other questions ask away , I will answer when I have the time .
PS : I liked the movie a lot more than the series , but if you want to understand the story you have to watch the TV Series first :D .
All Comments