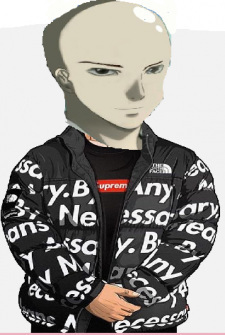 Sirenu Aug 9, 2:36 PM
10- An exceptional show that left an impression on me for a good lasting while. It's usually when I really care for the characters, but the overall atmosphere and the soundtrack might help placing a show here. If I want to live in this anime, it'll probably be a 10.

9-Highly enjoyable show. The only reason it isn't a 10 is probably the fact it didn't have the number of episodes to get too invested in it.

8- Very entertaining. I liked it but not on the same tier as a 9 or 10. If it has an entertaining plot but only 1 or 2 characters I actually care about, or none it ends up here.

7- Entertaining but nothing special. This is where I put the more slow paced type of shows that had no characters that really stood out or anything but I liked their interactions/groups. If the visuals are nice that's also a plus.

6-It was okay, not really my type, but I still enjoyed some things about it. I.e visuals and character interactions i appreciated

4-Boring. Might have a few point elements here and there but not enough to save it. The plot had some potential

3-Very Boring, with nothing I really cared for aside maybe decent aesthetics or an OST I liked.

2-Trash with nothing really appealing to it

1- something reserved for shit I either hate or nonsense shorts idk how to score.

dizxrain Apr 19, 3:59 PM
Thank you and no problem! I loved your profile, we had a lot in common. Papermoon is definitely one of if not the best OP's to ever exist.

EndlessMaria Jan 30, 6:41 PM
I noticed I had a few friend requests that got lost within the void of my notifications box some months ago. You must have been one of them that I just recently finally accepted.

Yeah Madoka Magica is a masterpiece! We are coming up on the 10th anniversary. Would be amazing if we get a new movie.

Ichigo321 Nov 5, 2020 12:59 PM
Dude you ruined one of my favorite characters xD he was so hooooot plzzzzzzz hahahahahaha

Bald only look op on One Punch man <3

What makes you a narutard? xP :D

What anime made you feel deserve definitely a 10/10?

Why are you adding so many people without communicating with them first? you got 252 friends atm lolol
All Comments