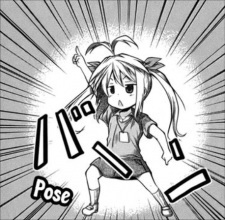 Botan-Chan45 Sep 26, 2018 6:02 PM
I was riding the train home from a hard squat workout and my legs were jelly, i was also wearing thin shorts, well the train stopped abruptly and i fell ass first into a burly middle aged man's lap and he quickly grabbed my hips to help push me up but my legs were fried from squats and i couldnt get up right away so i bounced back on his lap and felt his thick man rod on my ass. The feeling was so weird and spectacular at the same time, i finally managed to get up and i quietly said thanks, he then gave me a smile. The rest of the train ride back i dont know what happened to me but i kept staring at him and his crotch and i would look away if he caught me lookin. And i also kept catching myself licking my lips a lot and kinda sticking my butt out. I dont know wut happened but i think this fuking possible phaggot mightve turned me gay. i think i caught the gay from him wtf im not gay i love women so as i was leaving the train i gave him an angry look and said phaggot under my breath and tried to hide my fully grown erention. ffs gay people shouldnt be allowed to be so burley and tempting to straight guys like me who just want to be normal.

Huss Aug 12, 2018 11:13 AM
hello i am doing a survey. i want you to carefully read what i have written here if you wish to participate. i am trying to see what people from those i select will choose as best story for each genre. manga and anime are both allowed to be entered. only just one entry is allowed per answer.

Choose an anime or manga that you consider it as best for each genre.
any type of manga is allowed. any type of anime is allowed. it has to be one entry. you have to specify if it is manga or anime by putting letter A or M in capital letter mode.
you have to type the english name of the entry only so the votes cant be missed up. take the name from mal only.
so for example if i asked about what is the best action story?
you will think that gundam 1979 is best action story. you have to go to mal. copy the english name as it is. in this case it is "Mobile Suit Gundam"
there are no numbers or date in that name. after the name put a space then put capital letter A because it is anime. it doesn't matter if it has no manga. you have to do this.
so the end result will be
"Mobile Suit Gundam A"
do you wish to participate? if so i will give you the google form link. do not share it with others