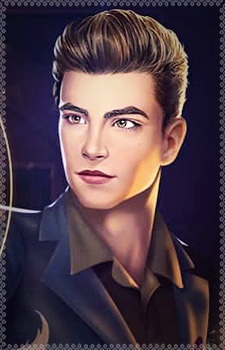 hmm I went further down the kpop hole xD saw lots but no real favs yet. vixx seems to be my heartbreak after tvxq.. they gonna be enlisting and stuff. fate makes me like kpop groups that don't stay long rip. itzy had a cool debut. I'm liking apink. but not much I actually keep up with. wbu?

haha it's cool that you're getting back into it. I actually spent most of my non-mal time on kpop and learned a lot. got bored. and went back to anime again.. anime is my life XD
hmmm I never thought joon could be a wrecker lol. he seems like the quiet sort of guy that won't affect anyone. his english tho.
I ended up knowing a lotttt about kpop *cough* lol

Phraze May 22, 2018 3:54 PM
didn't know that. cool xD I think dope made lots of new armys when it was released. yeah stalking mvs can also take up my time lol. I can't rly focus on gaming anymore....ever since cardmaking took over my life~

hmmmm I'm not rly into reality shows traumatized since my mom's obsession when we had tv and we fought over what to watch orz so idk guess I'm more of a casual lol. but doesn't mean I don't have favs :3
was into tvxq before they disbanded, then I think my desire to be a kpop fan died lol (which I was glad for...kinda) found them thanks to their op for one piece. was sorta reintroduced to kpop cuz friends, then tvxq had their comeback and I uhh went more loose x3 besides that, I sorta lowkey followed vixx. and am rly into bap, their street songs right up my alley. I think after vixx's latest comeback, I'm srsly more into them cuz leo is a bro. noir is a new band that I freakin hope is successful cuz they have a cool concept going, and they been through shit.. blackpink was like main fav since their debut haha - 80s music ftw. I was lazy to watch their house series and now I bet I'll never catch up lmao. bts is kinda growing on me, and namjoon is...relatable lol. so far leo and namjoon relatable dudes (ok I sneaked some rlty shows into my sched XD)
was that alot? I'm actually more obsessed over covers.. tried some kpop covers and they destroyed me xDD Noir like doing covers randomly so yeah, thats a winner oh and I'm also rly getting into map6, if u ever heard of them

I only heard singularity and fake love. I will listen to the new album soon.

Phraze May 19, 2018 10:17 PM
haha I'm testing Suga's power jk it just so happens to fit the situation xD never thought u were into kpop (or maybe I dont remember?)
yeah could say I liked them since their dope song. casual fan tho. how obsessed are u? :3

Save/Rehost. No need to thank me~ If you do, I'm gonna have to delete it, sorry not sorry :P
Card Maker: VocalisticMelody // Card Deliverer: Ascheherz

Wow it's been maddd long since my last delivery... sorry about that.
From now on, my cards will be deliver at the end of the year.
Some bad news, the cards I've made in the first half of this year are gone, meaning, I can't name them.
So these cards down below are the later half of the year in which I can only name.

⇢ Ctrl+F to find your cards
⇢ if there are mistakes or missing cards, I can't do anything about it now
b/c all psd files have been deleted as well. 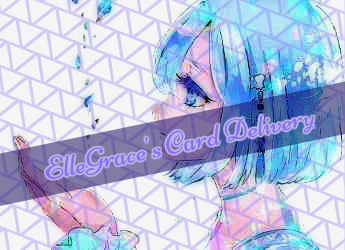 Moune-Chan Nov 13, 2017 6:03 PM
Sorry for the late to answer x)
Yes I play the game. Like you, I stared playing the game when I was bored during holidays and now I play everyday ^^ My best girl is Eli :)
I like Tengenji, his seiyuu is one of my favourite. I'm so happy Starmyu get a third season ^w^

Hi! Kotarou with the massive deliveries again~
I am trying but... The more I say I wont be late the more I am...
And yes it was me! It was me all along! I am Oshiyetes~

CARDS
Thanks for requesting! ♥
Ctrl+F to find your cards.
Save and rehost ~ links expire in 7 days.
If you have any problems PM me.

➧ Date of Delivery: 11/6/17
➧ Date Expires: 11/13/17
➧ Use Ctrl+F to find your cards faster.
➧ Save and rehost after one week.
➧ Date of delivery is your reminder so please make sure you save after a week.
➧ Please PM me if there are any problems.
➧ Thank you for requesting! Till next time! ♥
➧ Sorry for the delay in deliveries! Please enjoy your cards!

Delivery for The Moonlit Clearing:

Use Ctrl+F to find your cards
Please save and rehost within 14 days
If there are any problems, please PM me
Thank you very much for requesting


Cards made by: _Nagisa || Delivered by: skyfer
Named by: Dechromarlo