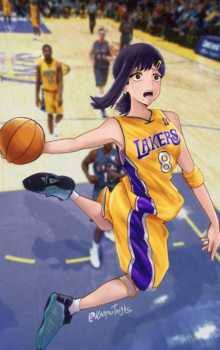 tragedioness Aug 21, 11:48 AM
Ahh yeah I've heard of the Aoi Bungaku Series before, in fact I watched I think about two episodes of it (the Ningen Shikkaku one) after I finished reading the actual novel from Dazai. I haven't progressed from the Ningen Shikakku onwards because I wanted to read their novels beforehand, they have some great titles like Kokoro and Rashomon. In fact I'm reading Kokoro right now, but it's been quite a while since I continued.

So you've read it? Then I'd love to talk about it with you :)

Vagabond is going really great right now, I'm on chap 136 I think, yeah it's actually pretty hard to read, I haven't read much of action manga in the past so art feels slightly confusing kinda. I don't imagine myself putting it on my favorites right now, but hey that might change once I read further in. I want to try and read lots of genres, because so far it's only been psychological haha.

Hmm I've been binging Ace of Diamond for a while now, it's absolutely amazing. Honestly I really don't get some people that dislike sports genre, do they find the genre pretentious or something? Anyway I've also been reading some shorts, like Undercurrent and Machida kun so I can go through my PTR faster. Hbu? Since you've read Ningen Shikkaku do you read other material?

It's nice to talk to you as well.

tragedioness Aug 7, 10:02 AM
Loving your username. Have you read the novel or manga? 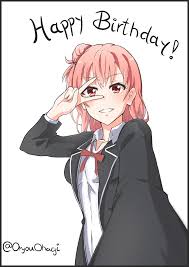 AnyGoSusanghan34 Jun 15, 6:18 AM
As stated in the bio. It wasn't always like that and I honestly don't why it keeps happening. Just sorta happen while I was looking up titles from my youth and it just kind of stayed. That's the best answer I can give. Sorry.
All Comments