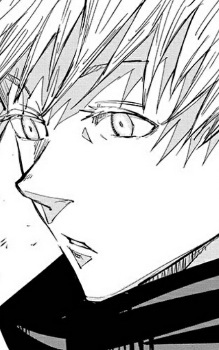 LoneWolf May 2, 2020 6:15 AM
Happy Birthday! Hope this covid stuff is not affecting you too much.

LoneWolf Aug 27, 2019 12:25 PM
Yeah it's strange I used to be much more introverted and enjoy spending more time alone, but I guess I'm getting lonelier as I get older. Not really living up to my namesake lol. I used to watching like 12 shows a season and now its more like 3 if I'm really into them. I really think at least at least Vinland Saga and Demon Slayer are worth checking out. I've been watching more western stuff recently as well. Like netflix shows and movies. I've gotten more into movies in general. TIFF (toronto international film festival) is coming up soon and I'm going to be watching a few things and also volunteering. It's always fun to see the directors and actors and hopefully ask a question.

I been reading a lot of manga recently too. Finished the Spice and Wolf manga. I gotta say the last arc was a little underwhelming... I think I was just expecting more cause the anime just does such a great job with the visuals and especially the music... its just pulls you in and makes you feel like you're in that time period and envelops you in its atmosphere. Also the last arc is a little action heavy, which is kind antithetical to show. Either way it was a decent ending and there is apparently a sequel that is currently being made into a manga. I read a few other manga too, idk how much you're into manga though. I guess its just easier for me to do at work when I have some downtime.

I'm thinking of doing some traveling and India is one of the places I'd like to visit. Do you have any advice or tips about coming here. I'm Bangladeshi myself... but have lived here in Canada all my life so I'm kind of white-washed lol. I heard theres some craziness with the border conflict with Pakistan, but aside from that I imagine the country is mostly stable and I'd like to visit the Taj at least once in my life.

LoneWolf Aug 3, 2019 9:36 PM
Same here... work has been really eating up a lot of my time and most of my free time I just go out with friends... idk feelsl like my youth is kind of passing me by. Anime and manga have always been kind of my escape from it all, but I find it less and less engaging every year. Doesn't help that my attention span is only a fraction of what it used to be lol.

Anyway it's nice to see you still use the site. Is there anything interesting you read or watched recently worth recommending?

Has it really almost been a year? Gosh I am so sorry, that's pretty crazy.

I see you touched a bit of HxH at the beginning of the month, hope you continue to enjoy that. Same with the rest of Oniisama... loved that one.

Also busy here with attending Uni again. And it will get busier for sure.

It's been a minute, hope you've been well Rika C:

Crazy how fast time can fly right before your eyes.

Also, any update on Golden Kamuy? I'm considering starting it before the anime airs