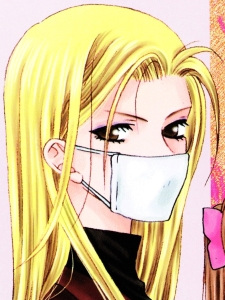 It’s darker than an alley way filled with coke dealers at midnight. In other words, pretty damn dark.

Without spoiling anything, I can’t go into much detail, but in a few sentences, the series includes:

Characters are traumatized in every way known to man.

A multitude of deaths, ranging from extremely important and prominent characters to background civilians.

A story that will ensure that all of your hopes are stomped out, and you are left nearly as depressed and traumatized as the characters.

SSGSlayer Aug 6, 2020 7:57 AM
Hi, I'm doing well.
I'm currently watching Gintama. It's really good and I enjoy watching it. I watched few scenes online and openings of the new seasons and I got really interested in it. I can't wait to watch all of it.
You?

-PK Jun 9, 2020 7:44 AM
yeah it does sound long but o wouldn't have wanted it if the pay wasn't good lol
i don't mind wasting my days at home cause its corona time anyways, its safer, but can't miss opportunities

-PK Jun 7, 2020 8:44 AM
m not working anywhere, i got one recently, i will be joining from thursday probably
its an hour drive away so my schedule will be more busy

-PK Jun 5, 2020 5:43 AM
you are very talented for your age, assuming u r still in school, for me its quite opposite from wherever you are cases are going up day by day, i was at home till now so it was fine, now i just got a job so my joining is from monday, m screwed xD

-PK Jun 3, 2020 12:24 PM
i can't ride also cause my zone is red (most corona cases near me so my city is in red, green being there are less case), yesterday only we had 8 cases of corona just a block away, so my parents won't let me outside for trivial matters
what instrument u play? i was never a fan of playing instruments though, idk why i just don't like it
family is alright though i ususally download them some tv series to get them through the day, u say ? :)

Nintendofan204 May 29, 2020 4:29 PM
I've been decent. I'm trying to get things done without thinking about the pandemic, too often. I've gotten used to the situation a good amount.

-PK May 29, 2020 4:58 AM
don't really have much free time, since all family members are at home for atleast half the day we play cards and do house chores since maid is also not coming, and then i study, typicall for 4-5 hours, i barely get time to watch anything thses days, i usually have an hour for leisure
All Comments