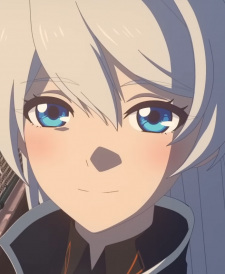 btw, how are you?

DoodlebugFour Sep 12, 2019 6:13 PM
I enjoyed Sacred Stones alot, as well as the casts for Blazing Sword, Genealogy of the Holy War, Path of Radiance, Shadows of Valentia, and recently 3 Houses. Fates is my least fav for how one note anime tropey the characters were, not to mention the half-assed story telling and Corrin being dragon Kira Yamato.

DoodlebugFour Sep 11, 2019 9:04 AM
Nice to see another FE Fan on this site. Still waiting on Gerik (They better cast Nobutoshi Canna as his seiyuu), Tethys, and Python to make it into Heroes someday (Even though I stopped playing Heroes a long time ago).

Also ever heard of Project ARMS? Its a lowbudget, questionably adapted scifi action anime based off of a award winning manga about 17 yr olds learning they have nanomachine bioweapons named after Alice in Wonderland characters for limbs and having to survive and fight against a secret over the top organization called the Egregori. It's an absurd fun watch, especially with the Ocean Group dub (which had VAs from X-Men Evolution and Death Note) where they replaced some of the bland overtly serious for it's own good dialogue from the japanese script with lines straight out of Ghost Stories.

"Oscar! Why are you always such a f***head!?"
"Oh look what the cat just puked up? Got any teammates killed while you were away?"
"That kid's got verbal diarrhea!"
"Ryo's always been nuttier than a squirrel turd"
"You go after Yugo!"
"B****es like you don't know when to shut up! And that goes for both of you!"
"Yo, wanna scare some Gaijin?"
"I don't need lecturing from an anger management poster boy!"