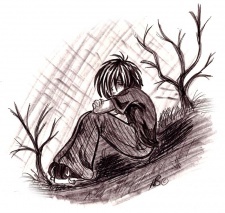 Necrosaro Oct 5, 2011 5:12 PM
This is Necrosaro from Backloggery, just wanted to say hi back and tell you I am currently going to start watching Persona 4 Anime starting tomorrow. So I will be updating a bit more often in the next few weeks.

Lucid_Yume Aug 18, 2010 2:52 AM
Thanks for the comment on the blog... it's going fairly well presently. Though I'm a bit pressed for time with regards to the internet, since my current hotel has a 30 min time limit:P

The fall looks pretty good, and the chart has some good titles, which include:

Nougyo Musume- Maybe not...
Yosuga no Sora- Looks promising
Railgun+Index- Of course :D
Sora no Otoshimono- I plan on watching the first season, so this too!
Also, maybe Bakuman(JC Staff + Very good Rep) and Ore No Imouto:P

I hope to write more in legth at a later point...:)

Personally, it's refreshing, though not amazing. A comedy of a similar style of Seitokai no Ichizon, with fast paced jokes about a quirky student council, yet it does not have as many references. However, there is quite a bit of sexual and suggestive humor, akin to that of B Gata H Kai. Not that the girls are promiscuous, but that they rather have a sexual innuendo or context in their comments... which is due to isolation from men, since the school was just gender integrated.

As of the first two episodes, I'd say that it's a decent watch for this season, with the jokes garnering smiles from me, though not outright laughter as Seitokai no Ichizon did. Hikasa Yoko(Mio from K-ON!) is great as the stellar Student Council president, and well complimented by her almost as brilliant secretary, Satou Satomi(Ritsu from K-ON!). Though both are quite perverted-minded. Filling out the cast, and bringing in sanity, is the rather normal protagonist who happens to be one of the few males in the entire school(and is forced onto the Council to represent those few), and child-sized treasurer with a height problem and high IQ.

Sound is decent, the animation is decent, OP/ED are good, there is a rather impressive cinematographic "camera" angle from time to time... and the show keeps me amused.

So yeah, it's good. Excellent... not particularly. But should you need something to watch this season, and this 'preview' peaked your interests, then, by all means, do watch.