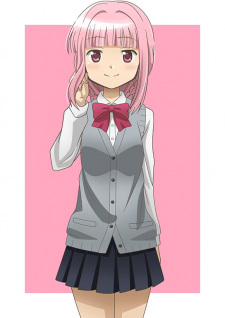 CodeBlazeFate Jul 31, 2017 9:08 AM
Yup, meanwhile Ragna is getting occupied by Nu and her insane innuendos, and he's pissed that he can't kick their asses instead.

CodeBlazeFate Jul 31, 2017 8:56 AM
And at the bottom we can see our favorite douchebags talking about their favorite pastime: ruining people's lives.

Down below that, you can see one of their victims being as ready to kill as usual.

CodeBlazeFate Jul 26, 2017 4:39 AM
Not to mention that Unlimited Celica was deemed complete bullshit by the community. You should definitely check out Phase Zer and then the Ohase Shift series. I mean, wouldn't you like more detailed knowledge on the Dark War? Nah, my favorite is still Nu, though Makoto is als high up there.

CodeBlazeFate Jul 25, 2017 7:09 PM
I see I'm not the only one who likes Celica. She gets quite a bad rep among the community and I personally don't agree with it (though the game interpretation wasn't as good as that of the Phase 0 and Phase Shift prequel novels she's from).

CodeBlazeFate Jul 23, 2017 7:04 AM
That's really good to hear. I've heard how awesome Guilty Gear is. Then again, given who it's made by, that's no coincidence. As of this year, Arc System Works has been rocking the fighting game world with the announcement of Dragon Ball FighterZ and Blazblue Cross Tag Battle, as well as how they showed them off.

Usually, I do like 3-5 a season (sometimes less) but a lot has at least interested me (for better or worst given the 3 minute series this season really suck) this time around, including plenty of leftovers that are ending this season. Can't really recommend anything as of yet since I plan on binging everything that isn't 3 minutes long.

CodeBlazeFate Jul 23, 2017 6:48 AM
Good to hear. And this is another reason why I need to save enough money to get a Guilty Gear Game (given what consoles I have, I'll probably get Xrd Sign). Definitely gonna try it out then, among the other...10 or so anime from this season...God help me (this includes reviewing too, so boy do I have my work cut out for me this September).

CodeBlazeFate Jul 23, 2017 6:36 AM
Is Gamers enjoyable so far, particularly from the perspective of a fellow gamer?

CodeBlazeFate Jul 19, 2017 9:41 AM
Man, that sucks. And I currently have to save money too. Yeah, though he wasn't as broken as Brokenoe in Chronophantasma.

CodeBlazeFate Jul 19, 2017 3:06 AM
Nice. Again, I wish I could find a copy (maybe GameStop and other places refused to get it because of no dub?). Ragna got buffed? Nice. He's still not as brutal as he was in the BBCS days, is he?

CodeBlazeFate Jul 18, 2017 9:20 AM
For most part, the entire cast is pretty fun and great, but Ragna to me is just the best, with any and Terumi and Kagura being high up her as well. I'm assuming you main Nu, right? Who else do you main? For me, Ragna and Kagura.

Is it because of the Jubei announcement or the Blazblue Cross Tag Battle announcement? Or maybe Central Fiction in general (I wish I could find it anywhere)?

CodeBlazeFate Jul 18, 2017 6:00 AM
Glad to find another Blazblue fan here on MAL (ignore the fact that I really need to get into Guilty Gear one day). I see your favorite character in the series is Nu-13. While I do feel that Ragna is my personal favorite, she's definitely up there. Sometime about her unhinged and ever-expanding insanity and the mystery behind her really appeals to me.

Lunoire Apr 3, 2017 4:29 PM
I think of all the characters, his transformation has had me the most surprised - although I saw some spoilers online of how he had gotten into Kanou's hands, I didn't think he would be so sadistic, especially with the whole Tatara and Houji scene :o Though honestly after all the torture I can see how he turned out that way - when they showed his mutated arm in 91 I was honestly cringing >_<

It's sad because he's basically Kaneki if Kaneki didn't have Hide, Touka, and everyone :*(

If Kurona doesn't get the justice for her sister I'm gonna be so disappointed, that was such a sad "death" and the result that came from it aka the floppy was even worse :/

But I definitely have to agree with Arima, I wasn't really attached to his character but his death definitely hit me hard. Kaneki referring to him as a father figure was heart-breaking. I hope that in the future we get to learn more about him because he's definitely a character that's interesting.

On another note, I'm determined Eto isn't really dead. I can't believe she'd get striked out so easily :p

Lunoire Apr 1, 2017 12:01 PM
Oh wow it's been amazing!! It's definitely intense, this entire arc (especially the last few chapters) have had me gasping out loud :o How have you been liking it??
All Comments