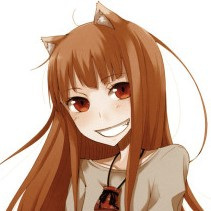 BakaVaca Oct 28, 2017 5:18 PM
yo how did you do the boredom room I am looking at that thing and I don't get it at all. What are you looking for?
(I am not asking for the answer just how should I look at it basically. A way to understand what I mean is like the teacher giving you a formula and you need to utilize the formula to do the problem.)

Congress Nov 1, 2016 11:33 PM
No problem! Glad you had fun with those haha, I was honestly a little worried at first that I'd made them too hard... ended up dropping hints too early though, as you said. :/
And yeah, that would probably be a better way of doing it, but rooms usually don't require as much attention as mine did -- so idk if that'll ever happen. And yep, I had a lot of fun with it (though it did prove a bit taxing)! Was really happy that the participants enjoyed it as well ^^

Unless something big gets in the way, I probably will. Unfortunately, we don't do anything like this for Christmas... just secret Santa haha