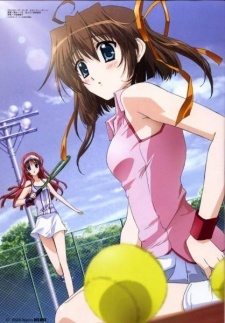 Majima Jul 21, 2009 7:43 AM
Hello!!
Oh, there is no need to worry about the late reply. I can understand that you are busy.
Well, it's Summer here, but I am pretty bored. I'm applying for jobs at the moment. How about you?
About the explanation, it was my pleasure. You are welcome.

Psyche_Izaya Jun 10, 2009 3:25 AM
Sure no problem since it's just involved kissing and all that normal stuffs but sex scenes was censored so you dont have to worry a thing about it XD
and how are you?

Ah, that's a good question. Lol, you aren't a baka. Latin is the language that was spoken by the Romans. It's not Spanish, which some people confuse it with. Basically, it's a dead language now though. English, Spanish, and a few other languages are derived from Latin.

You might not like it but you can watch it on youtube for 1st and 2nd episodes they're censored . so it's up to you whether or not you want to watch it . XD

Lol, same here. We only have Latin(which I'm taking at the moment.), Spanish(I took two years of this.), French, and German.

anything new with you?

Majima May 19, 2009 12:30 PM
Don't worry about it, Miss Hyper. Lol
Ruh roh, I'm having trouble believing you. The evil laugh really makes me wonder if you serious or not.

You're welcome!! I'm guessing that you took classes in school, right?