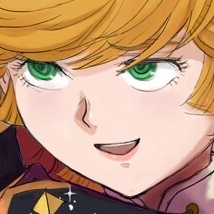 mizugi Sep 25, 2011 1:56 PM
Wow, I'm majorly jealous. I would've loved to go there. I agree completely, but people who live in Japan are just lucky anyways in my opinion. I feel suuuper bad at the moment because I haven't watched any animu for the past 4 days or something orz this is what schoolwork does to you /shot I don't know where to resume with it either. Ah I didn't eat that much when I was there (which was odd for me) because I was with quite a 'not so active' person who didn't really want to go many places so I had to spend my time waking up early and prodding her to walk around. She'd been previous (I can't remember whether I mentioned that or not, lul) so she wasn't particularly bothered about seeing it as much and that killed me ;A;

mizugi Sep 19, 2011 11:06 AM
Ah, I stayed in Shinjuku! I stayed in the Shinjuku Washington Hotel. When did you go? Nakano Broadway sounds fun ;m; I got to go to Harajuku, Roppongi, Yokohama... a lot of different areas really. I really wanted to go to Mt. Fuji though, I didn't have time when we were there because I only stayed a few days too. I was so dissapointed ufufu maybe next time for me too. I only went with my friend, so I didn't have any family with me. I agree, I prefer having the book in my hands than reading it online. That's probably why I'm behind all the time because I can't afford to buy all of the manga books ;_____;

mizugi Sep 17, 2011 3:25 AM
Yup! I have like 5903848 exams too. I'm sitting one next Thursday. Oh, I know that feeling. I'm especially awkward so it's difficult for me to fit in with my 'bizarre interests' regardless of whether I'm the only new one or not. I know about six people who watch Naruto, of which three actually watch other anime. It's a pain /sigh Plus I'm too shy to actually talk to those people. It's lonely haha.
I know it sounds pretty cliche, but I don't think I'll ever be happy unless I move to Tokyo. I went in 2009 and I adored it; I wouldn't want to live anywhere else. I don't read manga that much, that's why my list is so small. I just get frustrated with having to click pages all the time. I think the only manga I stick with through and through is Deadman Wonderland or Battle Royale.

mizugi Sep 13, 2011 11:49 PM
College life doesn't sound fun at all haha~ I'm behind on loads of anime series because of coursework and stuff, plus i'm really lazy ufufu.
I wish I lived somewhere different, it's so boring around here. Safe I suppose, but I dislike the people and area.

Ochoufujin Jul 30, 2011 1:41 PM
Well, no worries about spoilers, because I finished the series up yesterday on the train.\o/ (wonder what the guy next to me thought about Freddie and the gorilla, hahah)

I WOULD BE ENTIRELY OKAY WITH HAVING HAIR LIKE SHINJIROU'S

Ochoufujin Jun 3, 2011 5:15 PM
Ohh, I see. Since the area you live in isn't the best, are you planning on moving eventually? Random question haha because I always ask that to myself, because the people here are bitches but the place itself is pretty safe... So I'm not sure what I'll do once I grow up! /spends too much time stressing over the future
There's a couple of anime fans in my school -- saw two girls exchanging BRS fanart on Facebook a few weeks ago, actually! -- but I'm not friends with most of them. One guy and I bonded over liking yuri, though, heh. 8D The people only post hipster/love stuff? For my school, it's ALL partying, weed, alcohol, sex, etc. Ugh.

Tumblr used to be unblocked, which is what all of my class basically did whenever we got hold of the computers. I dunno what suddenly provoked them to block it, but it was a shame. Now, I just rely on Google to at least view some images or bring up an okay-to-view site or two. So I just looked at Josou Paradise screencaps and all. ;v; I wish I knew an RL trap, uhuhu

I've attempted some shooters before, and I always fail at the same spot no matter how many times I try, so I finish having only completed one level or so! I've been buying manga kind of sparingly lately -- mostly just whatever I can purchase for cheap at Book Off and ongoing series that I'm really fond of, such as Maria+Holic.