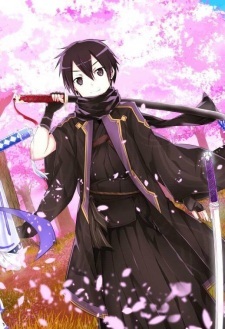 TheKillerAngel Sep 11, 2016 10:43 AM
The way I see a lot of thinking from those people becomes a self-reinforcing echo chamber.

We'll see, 85 countries is a lot and the whole list has yet to be announced.

I have said that to myself many times lol.

AzureNatlis99 Sep 3, 2016 6:17 PM
It was actually really fun! I was able to watch several movies in theaters throughout the summer, including Pete's Dragon, Finding Dory, and Captain America: Civil War. I also got to go with my family to visit my sister and her family, I got a good-paying summer job, I've played a TON of Dark Souls 1(so good) and I can finally access the final boss, watched Howl's Moving Castle and Daredevil season 2 with my younger brothers and I was surprised I liked Howl's Moving Castle more the 2nd time around, and went to a cabin for a week with my family, my sister and her family, and one of my older brothers.

I also managed to watch all of My Hero Academia, Eureka Seven, Magi: The Labyrinth and Kingdom of Magic, and Fate/Zero, and started Toradora! I really loved all of them(especially Magi), except for Fate/Zero. I liked it, but it was disappointing for me and I'm really hoping that the other entries are better, as I'm still interested in watching more of the Fate series. It was mainly issues with the slow pacing(ALMOST HALF THE SEASON JUST TO GET PAST THE FIRST FIGHT), and not going in-depth enough for who the characters are in terms of backstory/background and a little in personality for a few that I'd expect from a chronological 1st entry, except for Rider, Rin Tousaka, and Waver Velvet.

As for interesting watches: Patema Inverted. Great anime movie with a concept I don't believe I've seen before. The suspense was real, I was rooting for Patema and Age, and I loved the plot twist, but I was admittedly depressed by the dystopia of Aiga.

Toradora! has been really funny and I think I'll end up loving it once I watch more of it. XD

MizukiKen Jul 15, 2016 1:06 PM
Thank you first of all i doesn't matter if it was a late Happy Birthday at least you said it. I have heard of this YouTube channel he does like anime opening of any kind and every single time amazes me on how well he can play the piano i wish i had the skills to play the piano i just want to hear me one day play all these different songs in a piano i would like to play classical or anime openings and just hear a sound you played using your own skills it's amazing i'm guessing maybe someday i'll start playing the piano and practice everyday just to hear what i played and just be amazed with myself but first you got to learn how to play yea i agree with your opinion of grimgar because it's true, have you seen the 2 seasons of GATE and yea i know a few.

MizukiKen Jul 11, 2016 1:28 PM
Wow that takes months for the anime to end but i get it you have a busy life with your studies and piano lessons i may also try to learn a instrument like a guitar or something because i just finished rewatching beck its a musical anime with a lot of drama you should see it if you haven't.

What about you what did you think?

MizukiKen Jul 10, 2016 4:13 PM
I usually see anime each week because i would like to have a clean schedule like for my every sunday is anime day where i just see my list that's in a order and watch it from highest number to the lowest but i think i'm just going to see the days it comes out because i'm in summer and i don't really need my school schedule anime if i'm in the summer. What about you?
All Comments