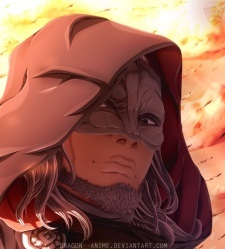 monkeydpic Sep 7, 2:05 PM
you watched so much shit but your weak body ain´t ready for goat piece ig

camel-d Feb 2, 11:13 PM
True I am glad I got into it, finding similar anime is pretty rare I don't think there is one yet.

camel-d Feb 2, 2:33 AM
Oh, glad to know that you watched Golden Kamuy it deserves more notice, the interactions and progress of characters is great and I like the period they are covering. Haha, yeah that Tsurumi bastard knows how to use his men as expected of an intelligence officer, theer are a lot of good characters in Golden Kamuy I like most of them. You watched fate too, I watched them all to except heavens feel I am waiting for the 3rd movie to watch all 3 movies.

You've been active I see, glad to know that. Lool Mappa is all the talk nowadays, they are doing a good job with JJK and AOT s4 :) , but I agree you should binge watch especially for AOT s4.

I don't know man. If you are not so sensitive about it and ignore those points you talked about, then mal is a pretty user friendly website I find it easier to update and keep track than aniilist ^^ "it's not like I am a mal supporter by any chance " ;P

PCs are great especially if you mean like the desktops and not laptops, you can make a great setting and feels isolated. Did you make a build or buy a new one from a stock ? That is sad ,one of the few things about upgrading it feels like you lost a good amount of saved up content from previous devices and accounts :(

I like going there especially to that street where there is a lot of coffee shops, I thinks its called night market though I usually go in the afternoon.

It's a beautiful town.

It's a little irresponsible of them taking things for granted, it's true that the vaccine is being used but it's not like everyone is vaccinated yet and even the success rate of preventing corona is not guaranteed they should be more careful. No worries, that's the right thing you do its better to be safe especially during this period of time for you and your familys safety. I attended two weddings recently and I was wearing a mask I felt like the odd one there not going to weddings anymore even if its obligatory D: I don't like the stares I get

Thanks, I've been watching different anime. Like from the currently airing I watch One Piece, Attack on Titan s4, Rezero s2, Dr stone S2, and Jujutsu Kaisen, and from the previous seasons I still have Golden Kamuy to catch up on. I've been gaining pace on my manga as well I reread Vagabond recently. Re-watched Kaguya-sama love is war S1 & S2 anime and all caught up with the manga as well. So it's like a variety of different stuff shonen, seinen, romcom, sci-fi, historical, but because I am all caught up it's not like loaded. How about you, any new manga anime you are into or watch ?

camel-d Jan 31, 1:40 AM
Hi Yagami-kun it's been a while (I checked your profile a few times a while ago but it has been a long time since your last sign in so I thought you quit mal too xD ) So in this regards even though it has been more than a month, "Happy new year" glad that you survived :D , and I wish you a better more relaxing and easy going year.

Yes, I've heard about it but haven't gone. Is it the one in Lusail ? Oh yes I do remember him Moe-kun was a fellow comrade in Yibis he was more of a One Piece than a Naruto one, like me :P . Amazing, nice choice I like the slice of life atmosphere of Kiki , the ost and pacing is great too.

This sure brings back memories even though it wasn't so long ago, I am glad that I am linked with this beautiful Ost .Which town was it again Bristol ?

Me too, I am happy to hear from you. I've been doing well , I have worries every once in a while and miss the traveling and going out mask less. Nowadays I like taking walks outdoors. What about you I hope you have been doing well too.

Yes, it's not the best scoring system, but if you think about it, it's the users scores that affect the show scores so it's a pretty democratic scoring system like it shows the voice of the people :P !!

Hahaha lool maybe you can get it back if you remember the security answers..

That is why I don't participate in forums, I just play games like the rate the opening what is your favorite character, waifu, hasbandu etc xD !!

camel-d May 31, 2020 2:49 AM
Yeah, I think I had one more that none of you knew about :P !! True it felt like a community back then like we ran down the forums xD. I have a few still added here in mal from yibis like Kratos Moe Stark but they don't talk very much. Lool I remeber it was like a big issue when it happened they made a .org domain for us ^^.

Lool that's something with mal, it just feels like a routine thing like checking my email and whatsapp the same applies to mal xD

xD I wonder what the context was about "i will be cautious :face-lol"

I have a nice one for you

xD how the new regular made a coup :P

Time really flies by, it all started with a fansub group website xD, those were fun days I had a lot of accounts back then.Good thing you made this mal account because Yibis closed so suddenly during its last days. I have a nice memento of us in that website :P 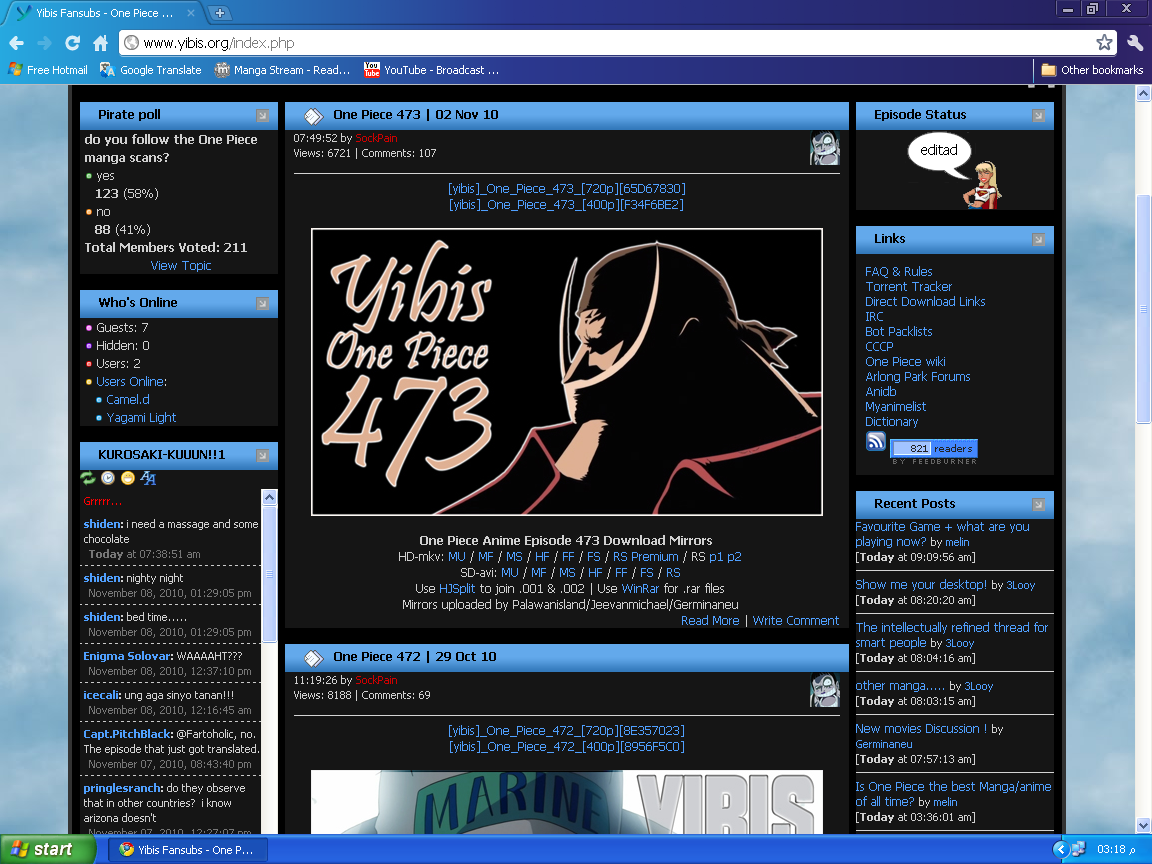