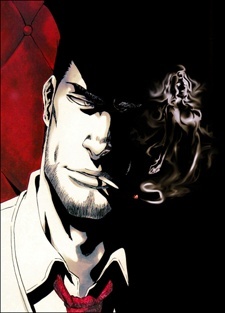 I AM NOT A WEEABOO DESU~

link9us Mar 20, 2019 9:31 PM
Coming from your discussion of space battleship yamato. Just a word of warning. zetsu_shoren is one of the largest trolls we have on MAL. (just look at his profile) Don't take anything he says seriously. I was actually responsible for kicking him out after he exploited my profile. He may still be lurking with other accounts, just be weary and don't get mixed up with him.

Uncrow Oct 6, 2016 1:24 PM
Sawako cancels everything out with her stupidity and her indecisive personality, yeah.

It might be out of place and I'm supposed to ask for recommendation but I can't even tell what I want to watch. Nevermind.. And Thank you!

EvenJellyOn Jul 3, 2015 5:09 PM
>I'm writing this review at the risk of getting viciously mauled by an angry mob of Love Hina fans who will do anything to defend their beloved anime
It's 2014 and not 2001

nep-nep May 17, 2015 3:09 AM
FFS, I'd been checking to see if it was taken
this "Xynil" is definitely an alt and must be excommunicated
All Comments