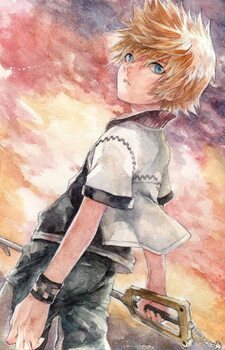 _KaSa Oct 25, 8:14 PM
no i haven't played kingdom hearts. yeah from everyone i've talked so far, they all love persona 4. so looking forward to playing it.

yeah i a planning to get the first 2 games of trails in the sky to give the series a shot and see if it's something that i'd like which i'm positive that i totally will have you completed the legend of heroes? the final game was 4th one of trails of cold steel if i remember correctly? though i've read somewhere that falcom is planning to release english translation of trails of azure in 2022

I was looking for some friends to make

_KaSa Oct 8, 10:16 AM
who is roxas?? i've got persona 4 golden but never played it. maybe i should stop starting random games and finish the long ones first o.o"

have you played the new ys yet? monstrum nox? i wanna play it so badly cuz it looks soo beautiful + adol looks so cool in it, but haven't completed previous games yet :( what other jrpgs or any other games u like besided ys?? o.o i'm interested in trying out other franchise of falcom... legend of heroes. i've heard that it's pretty big and the world building is insane. looking forward to trying it out 0.0/

wao u know a lot of stuff!! i am totally unaware about the new game plus system. but yeah that does seem somewhat stupid to not to include a system that was already introduced years ago. this reminds me of ys 5 (was it?) that introduced some new mechanics but the reception wasn't great, many didn't like it, ultimately resulting it to not receive any official english version? have u played it?
i liked the combat of ys origin and u get to play as 3 different characters where the final story(main game) is unlocked after beating the game once, kinda like nier.

it was very very dangerous at some point, but now everything's slowly going back to normal, online classes are gone now, uni has started, i'm back to staying at dorms again. so yeah.. everything's going back to what it was before covid. i'm done with my exams now, so will go back to home to stay there with my parents for a week or two.

spiritdudegamer Oct 6, 12:57 AM
Just watching some seasonals and Fire Force

spiritdudegamer Oct 6, 12:12 AM
I am also doing good , you watching anything lately

_KaSa Oct 3, 6:40 AM
adol is also my top 5 fav characters in jrpg. always gets sent to somewhere (except ys origin) without his memories but still manages to save the whole world xD

yeah totally!! the soundtrack is absolutely dope (sunshine coastline o.o) + i like how you can keep on changing between your party members and use their attacks as combos in the 8th game (don't know about others, cuz haven't played them yet @.@). it was the first ys game that i played but i stopped it and thought that i should start from the very beginning, so.. started from ys 1. but after reaching ys origin, i didn't start anything from ys. other games distracted me. nier automata and ni no kuni being the main reasons.

yeh i'm in my final year in uni. wbu?

_KaSa Oct 2, 8:40 AM
o.o yesh! very big fan even though i haven't completed all of the games and i don't like how i am being this much ungrateful to something i love
i've completed ys 1,2,origin, played bits of lacrimosa of dana... and rest are just sitting in my backlog. will get back to them once i'm done with my exams