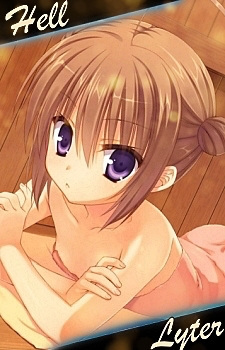 Karhu May 5, 12:51 AM
tfw you like winning but also have your own rulesets and ideas on anything and that's why no one can truly know what you consider winning

We watched the first episode with some weebs in Discord. I haven't enjoyed this show at all and wanted to drop it immediately, but after that, one of my friends (webtoon reader) requested me to give source material a try. I started it (because of 8.8x rating, fans, personal interest, etc) - and as for me, it's a bit better than the anime (if you don't care about the awful art in first chapters, of course). Much easier to read, things are developed more accurately, and Russian fan translation was full of memes :) But anyway, I don't like it so much - it still has the same disadvantages as an anime adaptation.

Also, I watched eps 2-4 because I wanted to see how Anak/Khun fights will be animated (nothing impressive) and because of the review - it's always enjoyable to write about something as hyped as this show.

Goober-fish Apr 29, 8:31 PM
Don't even worry about late replies in the future, laziness or not, it's important for people to keep to their schedule. You know, you can call it cliche all you want but I really appreciate it Helly, truly :') I've been through worse honestly, funny thing to say during one of the most indelible and unsure stretches of time in contemporary human history.

On a lighter note :D I've been neglecting Kaguya-sama S2, mainly because I know I'm guaranteed greatness so I can just get to it when I can, needless to say, I've been hearing some great things. It seems like this is a season of sequels for me. Bookworm S2 continues to pretty much effortlessly trounce most isekai anime. Major's current season is perhaps its best which is pretty rare for a show to pull off 8 seasons deep. Fruits Basket S2 is damn charming and wonderful, I expect no less.

I read your prelim on BNA! I watched the first episode but haven't gotten back to it, pretty swanky show though, I expect no less from Trigger. Just like with Kaguya-sama, I’m in no rush to get to it because I know I’ll love it. Tower of God has been pretty lame honestly, I share your sentiment. You know, for as trashy as it is, Gleipnir is really dialing back my clock to when I was a teen watching stuff like Mirai Nikki and Elfen Lied, and not in a bad way! Wave Listen to Me has been the underdog of the season for me, the story isn’t anything special, but the main character is such a loveable/relatable/crass dork that she carries the entire show on her shoulders. And then Bakarina, not counting any sequels, is perhaps my favorite of the season. Never thought I’d see the day to where I’d be actively anticipating a reverse harem anime week to week, but I guess there’s a first time for everything. Hopefully it sticks the landing.

kinokunia Apr 29, 4:34 PM
Just watched 4 ep of Vinland Saga due to its high rating & have suspicion based on saint Thors that it would be nonsensical bunch of characters down the line, well your review saved me lots of hours, because no way in hell i could tolerate what about to happen, thanks. (Plus its annoying as hell when the most powerful character is being introduce just for the sake of flexing and died willingly as if there are no other way around it)

Karhu Apr 29, 5:37 AM
Maximum effort, exit through the gift shop deal. I will allow it. Anything to make the fabulous feel like they're right. Good sire bro buddy bud. :^)

Ryuseishun Apr 28, 9:36 PM
I personally loved Vinland Saga but I know that it’d have its shortcomings as still being just essentially an adapted prologue to the bigger story.

Ygo Sevens I couldn’t stand after 2 episodes. The whole presentation was just far more painfully mediocre and childish compared to lol the other ygo series. Maybe it’ll get better but I’m sure not thinking about resuming it anytime soon.

So far, even the ToG manga doesn’t have me sold at all despite essentially being a HxH knockoff combined with some SAO-like or Fate Extra schematics. I doubt it truly picks up in terms o& adaptation, because like you said, the anime lacked the needed explanation and dialogue from the source material. I avoid the preaching of fidelity to the source material to judge an adaptation as much as possible, because even if it’s a prologue, it still needs to function well as it own product of art.

Yugesai Apr 18, 6:48 PM
Your reviews aren't helpful at all!
I read some useless trash comment on youtube and it was more helpful than your reviews.
Very biased, no substance or fairness.
I am very disappointed.
If I could delete your computer from existence, I would do it.