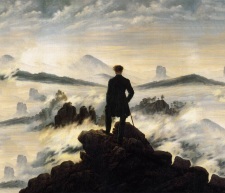 RoryBurrows Mar 4, 2017 3:42 PM
I wouldn't say it's very close to my heart as I've only recently watched the series (I completed it less than 2 weeks ago), but there were a lot of factors that went into it to create a great experience for me. (At the moment my scoring is messed up so my 7-9's really are mostly of equal value, I just struggle scoring them in a way that reflects my equal enjoyment of them) I also loved the soundtrack.

Sadly there's not much I can recommend to you for mecha anime, I've only seen 3, which you have also seen: Code Geass, Gurren Lagann and FLCL.

RoryBurrows Mar 4, 2017 4:48 AM
I'm not a big fan of mecha myself that's why I'm probably never gonna get into the Gundam franchise.
The fan service doesn't bother me that much because it was no where near as bad as Keijo.

I had to switch over to sub because of the english voice actors, something I find myself doing a lot more now sadly.
I see where your coming from with the non-scientific side of things but it would be worse off if it tried to combine scientific reasoning and still being filled with over the top bullshit that isn't physically possible.

Azurblau Mar 4, 2017 4:34 AM
That sounds good. I have low standards for anime, also enjoy the typical modern anime. I think it would be hard for me to give a really bad score, the good sides of a show often outweigh the bad sides for me. So my score would be very subjective.

But it does sound nice to filter the really good stuff out, because of time. I already have a huge pile on my watch list. But often on an anime site I just click the random button and let myself be suprised about the show.

Azurblau Mar 3, 2017 5:54 PM
Hi. Yes, I'm mainly here for some discussion. Haven't really checked the features of the site, maybe I'm going to do that someday.

LordLagann Mar 3, 2017 1:37 PM
If you're looking for over the top and larger than life character types Tengan Toppa Gurren Lagann is pretty much the poster show for that sorta stuff. Medaka Box has a pretty wild female lead as well. I think these types of pervy and larger than life archtypes are rare as well so its hard to come up with anything off the top of my head.

literaturenerd Feb 26, 2017 9:41 PM
I pretty much said the parts I found inconsistent. You are correct not ALL of it was shit. Some of his nationalism and anger at the Versailles Treaty actually made sense when he wrote it. Hitler's plan to rebuild the German economy through mobilization and heavy infrastructure spending was also a good move. Overall I tend to hold a very low opinion of both Hitler and his opus Mein Kampf. On the other hand I think Triumph of the Will is a remarkably well shot propaganda picture I would recommend to any film fanatic. I'm also a large fan of Wagner. His music was not only unique and absolutely revolutionary for its day, but he created some of the most beautiful and epic moments in all of classical music.

As an aside, I think Wagner is a fascinating biography subject. He was an odd fellow. When he was first starting out he took a lot of money from a Jewish opera writer named Meyerbeer. Wagner repaid his patronage by having an affair with Meyerbeer's wife and writing entire books slamming Meyerbeer's music. He was so successful in turning public opinion against Meyerbeer that he went from beloved titan of his day to "that composer who sucks ass" in a single generation. Today, Meyerbeer's music isn't even played because Wagner utterly destroyed his legacy, all because Wagner was jealous that Meyerbeer was briefly more popular. Wagner also tried to do the same with Felix Mendelssohn, although his music was thankfully re-evaluated after WW2. Oddly enough, Wagner was good friends with Jewish composer Gustav Mahler. That's because Mahler constantly flattered Wagner and his ego was MUCH larger than his anti-Semitism. When the Mad King of Bavaria made a ludicrously expensive castle devoted to Wagner, he didn't even bother going to see it. He simply acted like it was natural for massive castles to be made in his honor. Then there was Wagner's grudge rivalry with his friend/ enemy Friedrich Nietzsche. All pretty interesting.

DaviCardoso Feb 26, 2017 6:05 AM
No kkk, I just think it's unnecessary to have animes like this, fanservice even accepted, but I find it unnecessary to show characters having sex, just to give the idea that the couple had sex is already good, so I know their relationship has evolved.

DrSexy Feb 24, 2017 9:43 AM
Thanks man, but why you asked me if i'm single we are anime fans you should already know the answer of that question
All Comments