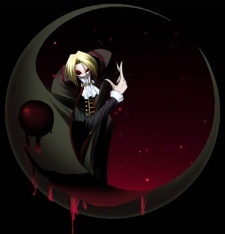 please send me an e-mail at luciano_wu@hotmail.com

i didn't get any reply when i sent you e-mail at the address you gave me D: The Original Dollars* Club is getting a makeover and we are inviting you to come back and see whats new! We now have…

Hagaren8 Feb 6, 2012 12:44 PM
Not yet dude, but I watched this video about how people in South Korea use their phones: http://www.youtube.com/watch?v=nJVoYsBym88&sns=em

Hagaren8 Jan 19, 2012 7:29 PM
Hey there! I see you have watched so many animes since you started filling your list. How's life in Korea? What animes you recommend? Get in touch bro!

You may know already, but this is why its called Denpa.
"The typical model is a horror story where the catalyst for the events that occur are based on familiar people acting in unfamiliar, yet seemingly orchestrated ways. Stories where the world seems to have gone mad; and the protagonist is not necessarily an exception. The name comes from the idea that electromagnetic waves (denpa) is causing people to act strangely (although it is rarely anything that mundane)."

oooh, didn't expect to see a Caster like this. OVA, next Comiket it seems. I think the opening video is on youtube. search for Carnival Phantasm if you want to see it.