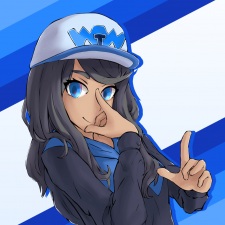 When I first saw strawberries after reading Ichigo (Strawberry) 100%, I just had to laugh, remembering Manaka Junpei and his strawberry-ful problems. This is the longest and one of the first manga I have finished. First off, I have to say, the anime does not do the manga justice. The former may be more flashy, but it is ruined by bad artwork, seiyuu, soundtrack and overall portrayal. On the other hand, the latter might be less colorful, but it is fortified with good length, character designs, drama and romance. Definitely read the manga first; it has the complete story from the author, Kawashita Mizuki, who did other works, such as Hatsukoi Limited., Lilim Kiss and Ane Doki. It should also be noted that the story changes over time.

A boy called Manaka Junpei likes to go to the roof of the school for a nice view. One day, though, he is surprised to be greeted by the shoe of a fallen girl. The wind blows the girl's middle-school uniform, revealing her strawberry panties. Embarrassed, she runs away screaming. Junpei is now fascinated with the strawberry-panties girl, wanting to film what just happened, as it would make a great scene. The problem is, he has no idea who that person was, being surprised that there was such a cute girl at school. After inspecting the roof, Junpei finds a notebook belonging to a girl named Toujou Aya, whom he discovers later to be in the same class as his. When Manaka meets her, however, it becomes highly improbable for the strawberry-panties girl to be plain, glasses-wearing Toujou. His friends, Oukusa and Komiyama Rikiya, convince the protagonist that there are not many cute girls in Izumizaka middle school, hence, there is only one person he could be searching for: School idol Nishino Tsukasa. Surprisingly, Manaka has no clue whom that girl is, annoying Komiyama, who is in love with her and talks about her all the time. As the two are fighting, Tsukasa overhears a little of what they said, and, after abruptly turning down Rikiya, she tells Junpei that she wears strawberry panties. After she lectures and leaves them, a depressed Komiyama forces Manaka to confess to Nishino, who is now presumed to be the girl on the roof. However, she is known to have rejected every guy that asked her to be his girlfriend. Will Manaka simply be the next in line to get shot down like his friend hopes . . .?

The pacing is not bad, and while at first it seems like the story will be about who is the girl with the strawberry panties, with a predictable ending of the protagonist finding out in the last few chapters, the author surprises us by revealing her identity, first to the readers and then to Manaka, early on, actually, avoiding the slice-of-life expectation. A lot of twists take place fast, and important characters are introduced steadily. Also, just as you start thinking that all girls fall for him, you will see one who hates his indecisive nature, another who only wants boyfriends that buy her presents, and so on.

The characters are funny and likeable; they are not shallow (at least later). Manaka Junpei has never told anyone, but his dream is to be able to make movies one day, so he intends to apply to Izumizaka high school, which is hard for him to do, as he heard they have a film studies club. Shy and quiet, Toujou Aya secretly writes novels that she does not show to anyone, and she plans on applying to the difficult-to-get-into Oumi's all-girl high school, which should be easy for her, as she is at the top of her third-year class; her personality is different around her little brother, though, who is in love with her. Popular Nishino Tsukasa likes to cook pastries, and has recently cut her hair. Oukusa is considered a handsome boy who is good at soccer (football); he has a secret crush on Tsukasa. Komiyama Rikiya is a perverted, large, strong man who looks like a monster and has no luck with girls. A sexy girl by the name of Kitaouji ("kita" means "north") Satsuki later appears, as she applies to the same high school as Manaka; she is feisty, energetic and likes to have fun. Junpei's childhood friend (najimi) is called Minamito ("minami" means "south") Yui, a childish girl who used to protect "crybaby" Manaka when he got bullied, but they have not seen each other in years since her family moved; she likes to sleep in the nude. Also, Amachi is a tall, good-looking guy, who feels obligated to help any girl in need, even if they do not want to. On the other hand, Hiroshi likes to take pictures of girls, especially in certain positions, and has a bit of a sister complex. His little sister is Misuzu, a hard-headed girl that likes to watch movies and give her criticizing opinions straightforwardly on the directing process. Chinami is a cute girl that likes to hustle guys for gifts. Much like Aya, Kozue is a girl that does not talk much, and is especially fearful of boys, except that she has dirty fantasies regarding them. Manaka's sensei in high school is a big-breasted woman who likes to get drunk, particularly when she gets dumped; she used to act with a now-well-known director.

The art is pretty good here, though at some angles, especially their profiles, the characters look similar, even to ones of a different gender. Nevertheless, the serious moments are left alone, without inappropriate faces (or jokes), which is the way it should be. They are done brilliantly, I might add. Ichigo 100% is the artist's most successful work for a reason.

A great manga that keeps getting interesting, Strawberry 100% is one that you do not want to miss up on. There are both funny and touching moments, as the main character tries to avoid hurting the girls that like him. This takes school adventures to a new level. Look forward to the school/filming trips these guys will have in high school, and Manaka's endless girl trouble.

"The War between Kita (the North) and Minami (the South)"

Nunmanji Sep 10, 7:13 PM
Hey I heard you like love live? That popular series by studio sunrise? Well boy do I have the anime for you... There's this show that originally aired in 2006 with character designs by the group known as Clamp and created by studio sunrise, you may have heard of it? It's called Code Geass: Lelouch of the Rebellion. It's a really high quality Mecha series with some of the deepest characters you could ever ask for in anime. The drama and story is top tier and it's guaranteed to be a new favorite! I highly recommend it!

Nunmanji Jul 27, 9:45 PM
You should try watching We're all normies by Vindy

MegaRaphix Jul 26, 12:29 AM
You should try reading Rosario to Vampire

WetAfros Jul 26, 12:29 AM
You should try reading Rosario to Vampire