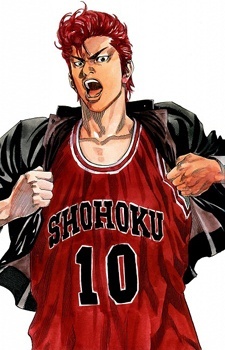 Kapodaco Dec 22, 2015 2:41 AM
Obligatory "nice review" comment. Much agreed. Would've liked to see them work more on character development, though.


On a side note great review.

psychoalchemist Dec 21, 2015 7:30 PM
Loved your OPM review, and I wholeheartedly agree. I'm probably giving it a 6 (or a 7 at the highest), and I was seriously wondering if there was something wrong with my head for not liking it as much as everyone else. Props for writing a detailed, accurate review even though you certainly knew you'd get hate for it!

Doomroar Dec 21, 2015 5:16 PM
"The drama" which never existed because we see the world from Saitama's perspective, is "there" just to show case how overly powerful our main-character is, and how in comparison what otherwise would have been a disaster in a global scale, is reduced to just another day not even worth remembering.

That's the point, to constantly kill all the hype, tension, and drama, with just inserting the caped baldy, because that's his life, a life devoid of urgency, where the biggest alarm, is not an evil scientist with the will and the means to conquer and destroy humanity, but actually missing out on a sales deal at your local convenience store (remember this guy is unemployed and lives on government aid), that's what the story wants to show, that's the life of this man.


If people don't get this part of the story they will miss on some things, and that leads in turn to disillusionment of expectations that, from the start, could not be fulfilled.


However all of this makes people think that the dangers are fake, both within the story and from the viewers perspective, this was addressed at the end of the Sea King arc, when one of the citizens accused the monster (and the heroes who lost) of being weak, since Saitama deals with all the dangers with absurd ease, in order to avoid this, we get all the other heroes, which while not being weak get decimated constantly, they exist in the beginning not as individual characters in itself, but solely as marks of reference so we can gauge the strength of Saitama (further down in the story this while change and some characters will be fleshed out, like Genos, Linceless Raider, Fubuki, Bang, etc).


So that's one misconception, to think that the danger were false, not because it was artificial to being with, it feels false because the entity that is Saitama can easily deal with it, so easily that it frustrates the character, the comedy, if we can call it that, then comes from the other characters reacting to Saitama, not from Saitama himself, for he is at this point apathetic about a lot of things, while retaining a sense of justice (because even if being a hero is just a hobby to him, doesn't means he will do a bad hero job, granted his conviction are nowhere near that of Licenceless Raider, which can be considered the ideal hero), is just that his priorities differ (of course they do since he is unemployed and lives on stamps).


The other misconception is to think that Saitama doesn't knows of his circumstances, this is reflected primarily on his dreams, but also on the meteor incident, after all the desperation that everyone else feels after facing and failing to stop the meteor, Saitam only has to appear, punch it and then, this is his reaction to the whole event: http://2.bp.blogspot.com/--N16Y7oOMGc/VjALcZjZkII/AAAAAAAAijI/r9miEQn3huU/s16000/0021-087.jpg (that's the final page of chapter 21, the chapter in which the meteor event is covered, it is actually all in just one chapter because it wasn't that big of a deal, proof of this is because the chapter centered itself more around Genos than on Saitama).

Like i said before, Saitama is more worried about being unemployed and poor, than about the rest of the dangers and their effects on humanity, for him that's not a real issue, his issue is about surviving on an organised society that works on the basis of employment, and this is actually a big deal because that's part of his base character, in episode 6 (episode that for a lot of people seemed like a filler episode), we learn a huge thing about Saitama, and is that his house is located in an abandoned district which still has basic services (with water, electricity, and cable), this means that Saitama is not homeless thanks to mere luck, he doesn't has to pay rent, or services, and yet has a nice apartment to live in, this privilege he finds himself in, is one of those things he actually worries about losing. However once he becomes a professional hero and gets an income, the urgency disappears.

When Saitama becomes a Class B hero, we learn something else about him, and is that he is extremely, extremely carefree, granted being a Class B hero is not really enough to go and start to disregard everything else in life, but for Saitama it means that he finally has a decent job and can laze out even more, however this doesn't means that Saitama is a man without aspirations and hopes, is just that he is a simple man, he literary has just 2 dreams, one is getting a good fight, and the other is being recognized as a hero in a proper way, while is true that most of the time he acts as if fame was of no importance to him, deep down he cares about his image and longs for recognition.

So if we are to talk about "conflict", and "drama" on this series, there's probably only 2 topics here, one is Saitama being too strong to satisfy his thirst for battle, and the other being his status as an unknown superhero without recognition.


Of course there are a lot of other things going on in the world of One Punch Man, but they are easily solved by Saitama once he enters the scene, solved by One Pucnh, or like was the case with Hammerhead (the guy that didn't wanted to work), by a session of scolding. Again this doesn't means that those situation and characters didn't had real problems, it just means that for Saitama those things are not troublesome, and can be easily solved, and since this is a story about Saitama, we are thus stuck with whatever "problems" he has, which are for the moment just those 2.

And here's the thing, for Saitama those "problems" he has, are not really that big of a deal, they are problems, but not really, Saitama is a really relaxed and carefree man, content with just living, so for him not being able to find a worthy opponent is not a torturous thing (which is what Lord Boros experienced, and is why he actively went out into the universe in order to find an opponent), and not being recognized is neither a matter of urgency, for it is not in his nature to brag about his powers, he is a humble man, yes he fantasizes, and dreams about one day achieving those aspirations of his, but he is not actively doing anything in order to make them real, proof of this is that for the most part he didn't even knew about the hero association and spend 3 years as an unknown hero, and when he finally joins the association and is designed as a mere Class C, he is just annoyed, but for the most part he just takes it, then goes back to his lazy life, is only upon the threat of becoming unemployed again, that he worries about a hero quota, however that worry of his was limited to just his time as a Class C hero, and immediately disappears the moment he ranks up.

And that's the reason why we can't talk about drama on this series, because we are seeing the life of an extremely carefree, and powerful man, that has no real problems, nor does he cares about actively fulfilling his dreams (without saying that he gave up on them), we are seeing the life of a man that can easily defeat whatever may came, with just one punch. So if the show builds itself dramatically, just to have Saitama easily solve the situation, is because that's the point they wanted to show, that for Saitama, these things are actually not worth worrying about, even if, for everyone else, they are a matter of extreme importance.

FreeMarinara Dec 21, 2015 1:51 PM
Fair review of OPM, I really liked the show, but it is by no means the masterpiece, or saviour of anime some make it out to be.
I find it interesting that you gave Toradora an 8, since I felt it suffered of many of the same mistakes OPM did, guess it is just down to taste after all.

RazzleDazzle Dec 21, 2015 6:45 AM
Very different view on OPM, most would be afraid to EVER comment negatively on it so well done.
All Comments