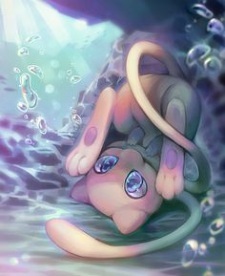 haydenluvsanime Oct 15, 2020 9:25 AM
I try to comment on as many staff pages as I can because I find the idea of being literally everywhere dropping Blingees and stuff quite amusing

haydenluvsanime Apr 2, 2020 2:38 AM
I'm in Kor's server, yeah. We're friends and I'm semi-active in it. There's also an AniTube server for anime YouTubers that I'm in. Maybe you've seen me there if you're also an AniTuber.

Glad all the time and work I put into it is being appreciated by someone, haha. I love websites with a lot of customization, such as MAL and MyFigureCollection. I'm the kind of person who's never quite happy with their profile and will spend hours upon hours fixing every minuet detail to perfection. Even then, I feel like there are still things I could do to my profile. Maybe later.

People get that assumption from my mean score. Seems like no one bothers reading my very short and simple explanation for why I rate the way I do. Apparently people can only read numbers these days, and that's why they assume I hate anime. Even though, y'know... I'm close to completing 2,000 anime. Seems pretty strange that I would go to these extents whilst also not dropping anything and watching literally everything. It's almost like *gasp* I actually love anime and have a strong dedication to the medium. Most anime *statistically* are bad. Most works in any form of entertainment are bad. The way every industry works is that one thing gets popular and tons of other people try to cash in on that trend without understanding the artistry or what made that original thing so good to begin with. So if you were to experience everything in a medium, first of all; your standards would drastically go up and your tolerance for the bad would quickly run dry, resulting in a naturally low mean score due to the sheer volume of art being made literally all the time. It's those hidden gems that make it all worth it, though.

since you were born on April 1, your whole life was a lie??

haydenluvsanime Apr 1, 2020 7:15 AM
Hmm, I don't have a Patreon, so that's strange... I am, however, friends with quite a few AniTubers. Maybe they mentioned me somewhere or another friend of mine impersonated me for a joke. But if it's Discord we're talking about, then it's most likely about me. May I ask which Discord servers or what videos you saw mentioned me, if you can remember?

Aww, thanks! Means a lot whenever people have genuine interest in me that goes beyond the "why do you watch anime if you hate it???" crap. But I won't go into that - I could waste hours ranting about it, haha. Anyway, thanks for the request!

haydenluvsanime Apr 1, 2020 3:06 AM
I saw you added me! Could you give me a quick rundown of where you found my page and what made you want to add me?

bentosekai Feb 29, 2020 8:01 AM
I’m mixed, so the cover of the The Chocolate Panic Picture Show alone is enough to make me laugh nervously, but I’ll give it a chance eventually. I appreciate your comments on the Bloom Into You anime ending as I was probably overly critical of it in retrospect; I’ve gradually shifted from caring strongly about resolution and closure in endings to focusing more on the quality of the story as a whole (which allows me to appreciate something like Toradora even though I disliked the way the ending fell into place). In terms of cartoon youtube, I’ve had very little exposure to that side of youtube, but that has more to do with the several years I spent putting thousands of hours into video games (War Thunder, CS:GO, Elite Dangerous, and finally semi-competitive Rocket League) during which my main focus on youtube was in either the gaming sphere or the more science/philosophy based channels (some of my favourites being exurb1a and, back in my KSP days, Scott Manley). I wanted to be an aerospace engineer and I’ve been passionate about military history in terms of aviation and space science for a very long time, so there’s somewhat of a trend in terms of the types of games I played as a younger teenager leaning towards that side of things. Although there are some outliers like the Sims and Cities Skylines, the hours I put into several games in the Total War series are probably the clearest link to my interest in military history (and history as a broader subject for that matter). Having had my mental health crumble substantially in my first year of university (studying to major in aerospace engineering of course), I’m currently out of school and in the process of transferring to the faculty of arts and science where I hope to specialize in east asian studies (focusing specifically on Japan) and minoring in history. Having something to look forward to in terms of learning a third language and gaining a much deeper understanding of the world by studying Eastern/Japanese culture as someone whose depth of knowledge is based primarily in European and perhaps North American history has definitely been beneficial to my mental health recently, but the transition certainly hasn’t been clean and won’t be complete until I return to university in the fall as a first-year with more than the typical first-year student’s experience (and share of suffering for that matter). That was a bit of a tangent, but hopefully it provides some context for my surge in interest in the realms of anitube/twitter/reddit as of late; I no longer feel guilty (as if I’m wasting my time) exploring a medium so closely tied to the contemporary culture of a country whose culture, history, and language I plan on studying for several years. All of this brings me back to anitube, where I have lost interest in the vast majority of content that they produce (i.e. seasonal content made to appeal to the broadest possible audience) and found myself searching for much more niche content à la Digi After Dark (and some smaller channels that I run into occasionally like Kamimashita, Urban the Myth, and Beyond Ghibli. Content about older anime has also begun to appeal to me a lot more so I’ve been exploring channels on that side of anitube recently as well. I certainly agree with you in that I disagree with many of Digi’s takes but I wholly appreciate his honesty, clarity, and informed presentation. That is not to say that I can’t laugh at a Gigguk or Scamboli Reviews joke when I watch one of their videos, but I’ve generally strayed from some of the overly formulaic and uninspired anitube content that has gotten dry for me over the past year and a half (e.g. Mother’s Basement). Having mentioned Scamboli, his rapid rise in sub count hasn’t been much of a surprise to me as his presentation is some of the tightest and most broadly relatable that I’ve seen on anitube. He’s similar to Digi in that I disagree with some of his takes but I find his presentation and honesty commendable. I’ve been writing for quite some time now, and I have an appointment to get to, so I’ll have to leave this here. Feel free to follow me back on twitter, as it’s a bit easier for me to communicate via DM than via MAL profile comments when I’m on my phone. I probably should have switched to my PC to type this response seeing as I type twice as fast on a keyboard, but the 60 WPM I can hit on my phone is relatively sufficient in terms of keeping up with my thoughts when I try to write more formally. Talk to you later o/

bentosekai Feb 27, 2020 9:00 PM
It seems to me that Gainax and Studio Trigger will soon stand alongside KyoAni and Shaft as studios whose catalogue I intend to browse quite thoroughly, as I’ve enjoyed every work of theirs that I’ve seen to date. I started watching digi’s videos in December and have found that he’s one of the only anitubers outside of anitube comedy whose content I can digest without getting an “upset stomach”, as I feel like he has a solid grasp of the medium and its history and that is something that I have and hope to continue to learn from. In terms of Bloom Into You, while I would say it definitely merits a rewatch, my major qualm with the anime adaptation so far is that it ended in a rather unsatisfying place narratively which didn’t sit well with me. I still have it as a 7/10, which is fairly high for me, because of how beautifully crafted each frame of the anime is, but I really hope that the manga sells well as the English translation’s publishing run comes to a close later this year. I’ve actually just started collecting manga recently so I’ve had my eye on Bloom Into You among other things, but I need to save up quite a bit of cash to make my plans a reality in terms of my manga collection. Talk to you later o/

bentosekai Feb 27, 2020 6:14 PM
I just read it in full, and I have to say it was quite the read. Having grown up with Pokemon, Futurama, Archer, and many other animated shows, but only really watching anime for the first time in middle school with SAO, I relate to you on that front. Admittedly I've consumed a ton of western media in other forms, like sitcoms and popular films from when I was growing up, but I've been drawn towards anime as a medium much more since I picked up Your Lie in April in June 2018 (which kickstarted my involvement in the community in general, joining MAL in August 2018).

I also very much relate to you on shaping your standards by consuming seasonals at an alarming rate, as last year I had over 20 anime on my currently watching list concurrently; eventually, I just started dropping anime that I strongly disliked if I didn't feel like I had a reason to finish them. I had promised myself that I wouldn't drop anime but soon realized there wasn't enough time in the world to waste on a show I truly got nothing out of. Nowadays, my watchlist is much smaller, although I'm working through my on-hold list to clear it up entirely for peace of mind. Your experience with media and trying to form a more holistic methodology for criticizing the media you consume is quite similar to what's happened with me in the past year, with my mean score dropping from around 7.75 all the way to the 5.5-5.65 range. I still prioritize emotional connection and personal relevance quite a bit, but that has more to do with my taste and my mindset.

I'm quite excited to watch Kill la Kill and Serial Experiments Lain, as you are not the first critic I've seen who has praised them (i.e. Digi, anitube in general, and one of my irl friends who is quite the Studio Trigger fan). See you around!

bentosekai Feb 27, 2020 3:28 PM
Hi there! I'll get around to reading your about me section in full eventually, but even from reading your section on your rating system alone I feel like I have a decent idea of how you approach the medium. Pleased to meet you!
All Comments