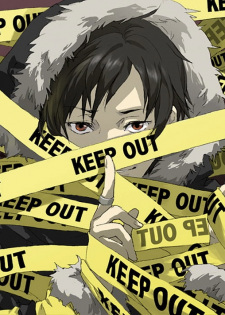 Equinoxu 4 hours ago
You'd be amazed how many people I've met from all across the globe!

and bttwww i love ur pfp

Ya i know but i feel like i should finfish what ever i wanna watch of the season as i wont have much time after the season as there are lot of anime there that i wanna watch . so i take whatever seasonal i like and watch that , but that count up to 18 seasonal lol rest are ONA or the anime of other years that i wanna watch ( which is like 2 or 3 a month ) , oh ya kimestu no yaiba was great , i too finished the mugen train arc and now gonna watch s2 too , though i felt they could have more build more story on fire haishra rengoku
before killing him , because though it was really tragic , it sort of felt little less connected and rushed in my opinion
oh ya , i too really like s2 of 86 its even better than than the part 1 which was hard to top

AWESOME ya it was , plus the original opening was so good to hear :))
( i watched it late because of exam but still was amazing )

well i just recently finished psycho pass s1 , it was great :)
well i have watched both of these , though i expected to see more disturbing scenes in made in abyss at start ( as i had heard it was a really disturbing anime , so i asuumed like one of the assumed main characters would be killed in like first episode like ryt in front of other main character or something that disturbing , but the seeing kids as the main leads was kind of let down for me , maybe because i was expecting too high , my high expectation kind of ruined the show for for me, cuz how ever different it may sound , i went into that anime just to see, some hard disturbing psychological , but i wanna say this i am not telling its a bad anime , it was just not my type , but i dont wanna talk others not to watch it , because i think it would be rude to tell people on my bad experience )

Oh thanks for understanding <3 , my exams were good , now waiting for the result

AL_TheProdigy Yesterday, 11:12 AM
i think every op fan felt the same way about this episode :D especially if you grew up with it and it was one of the first anime back then, like me. (: and how much are you looking forward to the new op film?

puuuh honestly, i watched the first season but forced to :'D it was chilled, cute and all, but after the first 3 episodes it just got boring and always the same....although i read that the 2nd season will be a bit more interesting and the animation is better, but i won't watch it anymore. maybe someday when i have nothing more to watch, but i don't think it will ever come to that hahaha.

Merisa_13 Dec 5, 2:07 PM
You are right ahah
Have you seen Angel beats? I can recommend that. It was one of the first animes I ever saw.

kyoneko2216 Dec 5, 3:32 AM
well those together are too many things lol :)
wow thats a lot though you still wont match the ones i am watching hehehe , i am watching like 23 anime's XDD ( and it includes all of yours current season one haha ) , btw which are you liking the most ?
also did you watch the 1000 episode of one piece amazing ryt :))

oh my Fav genre...hm... maybe mystery or something psychological would be great
And sorry for this extremely late reply , i had university exams going on which finally got over :))

Kingofglory77 Dec 4, 9:00 AM
I havent updated my list in months tbh lol