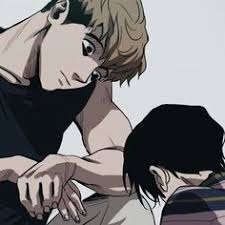 -shoyo- Feb 10, 2:43 AM
Yeah I already checked it out and I'm not doing it but thanks anyway. I'm about to start Black Clover but maybe I should wait till the end of March to find out how it ends first....

-shoyo- Feb 6, 10:45 AM
hehe yeah a lot of people ask that xD guess it's because I don't like them? Most on my dropped list I haven't even started cuz I just didnt like the plot or characters but if someone recommends them then I try them :)

Haru_707 Sep 27, 2020 4:30 AM
Ohh I finished them both
Balance unlimited was really good.
The characters in rent a girlfriend frustrated me as hell tho

I see, do u have the app webtoon?
I'm good! U? Well if ur talking abt genres I'm into shounen, comedy, sports, psychological, and yaoi
Wbu?

Have u been watching/reading anything good lately?

Its going on pretty well. I'm on a semester break ^^

HSHM Sep 16, 2019 2:40 PM
Tf? Satou is the ultimate badass! I don't know about the anime Satou and how bad they mad him look but u can't not love him in the manga! He cool, he smart, and that Peaky Blinders cap is the cooolest thing. I heard the anime ended with him losing but in the manga, he just can't lose.

If you want a better protagonist with a red coat, yellow glasses, and not one but two guns who is an immortal magician with 99 abilities then this guy, is a better option. He also doesn't go on wrecking towns like a typhoon for no reason (even tho he's stronger than Vash) cos he's a good guy.
Yea you really need to rewatch it
and see if you can give it higher than a 5 :p

Stein's Gate s1 or 2? I liked the s1 ending so I didn't watch the second season.

HSHM Sep 16, 2019 7:14 AM
Not at all! Glad to have you and thx for the friend request.
I just think it would've been good if I was a good lair storyteller.
The "Who are you" was me trying to be funny :)
Maybe we do and both of us don't recall it :/
.
We got different tastes this should be interesting.
Is Trigun in your favorites because of the plot or comedy? Tbh, I find it a little boring atm but I'm trying to finish it.

HSHM Sep 16, 2019 4:11 AM
My memories were wiped out last month by aliens-ugh I suck at dis shit so let's knock it off and start talking anime
sorry for disappointing you.
I can't believe I went to check our com-to-com
So. This is a joke, right? haha