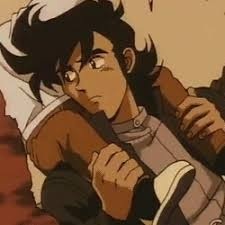 GoldenDevilGamer Jan 25, 2019 5:41 PM
Both are really good, but I'd say that the anime's a bit better. It's pretty much faithfully covers the manga's content with proper pacing, not to mention that the anime has a lot of extra jokes. But the biggest thing you'll get out of the anime is the voice acting. Everything feels much funnier when the over-the-top voice acting is added to the humor. Plus, during the action arcs, Gintama has some top-notch animations and music.

Honestly both are great and you can just choose based on whether you prefer to consume slice of life series in anime or manga form.

The anime has slightly more content (due to things like the OVAs and Avvenire which arent in the manga) but makes you go at its own slow pace which does work for the series. The manga you can control the pacing of how fast you go through the series and there's less 'filler' (and there's a few emotional moments I like more in the manga).

So just pick one... or alternatively both if you like the series a lot like me haha

It's amazing you mentioned the significance of graphic novels because I've been thinking about that a lot lately. Recently I've been trying to branch out into more serious and meaningful manga/anime, and it's made me realise how much potential the art forms have as you described. Mainstream storylines and formulas have their place in enjoyment, and I can appreciate their influence, however it would be nice if one day thoughtful manga and anime were studied and respected intellectually alongside classic literary novels and films. They open up a whole new layer of the world.

Kinda random after all that's been said, but do you read One Piece online or hardcopy? I was wondering about it, since I've been wanting to get into the series but I'm not sure how to approach it.

TinkiNova Dec 30, 2017 6:29 AM
Hi, I just want to thank you for writing a review for Yoshihiro Tatsumi's manga Daihakken. I've only read his Abandon the Old In Tokyo collection, and I was sad to find it wasn't on MAL. Tatsumi deserves more appreciation, so thank you.

Nekoutsu Oct 31, 2017 8:04 PM
Well,I reviewed it based on the episodes I have watched and I don't plan on continuing it. So I wrote on my review as to why I feel that way

ChristopherKClaw Oct 29, 2017 7:06 AM
I think the sad fact is that if it came out today it wouldn't even be watched by many people. It'd probably be a niche hit after the first few episodes just due to Shinji's nature as a protagonist and the monster-of-the-week style of the first half of the show. The anime community has greatly expanded since then, and their interests on the whole have also shifted greatly, so if you wanted to do Eva now you'd have to change its fundamental components just to get people to care.

The argument could be made (and you'll have to bear with me here) that Re:Zero was actually an attempt at a modern day NGE. It plays a similar game of drawing in the audience with cliches that are actually well-executed and then uses an intense overt plot to demonstrate the extremity of its protagonist's deeply-rooted flaws. It feels as though there's no doubt to me that the show was aggressively attacking modern anime's abuse of sexism, escapism, self-insert characters, simple plots, and the isekai genre in particular for being a constant source of bilge. There's also no doubt that Re:Zero didn't commit to this nearly as much as Eva, actually giving its protagonist a full redemption arc after putting him through the ringer, but to get a look at how people nowadays react to that kind of criticism Re:Zero is probably the best example you can get. I mean, the show was HUGELY popular, consuming the entire community for two whole seasons and generating absolutely no end of discussion, and the end result was the Rem and Emelia both ended up getting the usual horny 'best girl' treatment (much in the same way that Asuka and Rei have ironically generated massive amounts of merchandise), all of the show's meta commentary was written off as in-show 'suffering', and everyone who actually needed to hear what the show was saying called the protagonist a wimp and a loser around episode 12 and dropped the show. Inevitably, the show had essentially zero impact of the kind it was going for, and that's with it trying MUCH harder than Eva to actually appease its audience while it's critiquing them.

So the answer, unfortunately, is no-- we live in the era when the phrase 'anime is trash and so am I' is happily thrown about as a sort of validating maxim for the medium. People eat up siscon shit with complete self-awareness, and laughing about being a friendless do-nothing shut-in is a great way to get upvotes on reddit. Anime fans have become aware of the unhealthier aspects of their hobby, and rather than pushing to excise those aspects they've actually made them a point of relatability and even comfort, badges that show that you're a true part of the community: that you're at home. Evangelion would do literally nothing nowadays, because thanks to the connectivity provided by the internet people already know all the problems with their relationships to anime and have had them validated by so many strangers that they just don't care anymore.

Also, about the teaching, that's awesome dude! I hope that works out for you. It's my first year right now, and as you've probably heard the first year is pretty damn tough, but it's a very satisfying learning experience. Best of luck!

Extect Oct 13, 2017 7:34 PM
Ah okay, I believe you're actually farther than I am as I've only read about 40 chapters or so. I should say before I read this I read the two other series I commonly hear as being the best samurai manga (vagabond and then blade of the immortal and then I moved onto lone wolf and cub as I've heard about the same praise for all of them). Out of the three I cared least for lone wolf and cub by quite a bit so I've put it on hold, but I do plan to complete it eventually.

I highly recommend you read vagabond if you haven't yet as well.

...Or at least had. I have no idea where it's sitting.