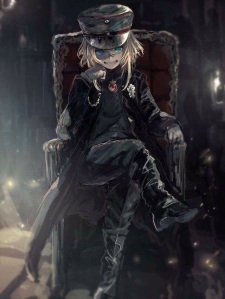 Toha Mar 4, 2019 10:01 AM
Ok, here you go some with earlier couples+completed. All of them have different atmosphere and genres (be it a comedy, drama, ecchi, shoujo/shounen/seinen, Psychological) you can check them out to see if anything catches your eye ;)

Toha Mar 2, 2019 2:13 PM
Isekai is good and all but when it got too popular all of a sudden, it became a sort of a trash bin. Many stories started popping up one after another, which were somewhat amateurish and basically all the same: same premise, same op, same harem, same or similar storyline. It’s fun when they actually add something new and fresh. I did like a couple of them myself (kumo desu ga, mushoku tensei (though the harem thing was annoying), overlord, hataraku maou, mondaiji…) – as you said, all of them are novels.
Yeah, half-assed adaptation is one thing, there is also an adaptation of only a small part of the story and even worse – an adaptation that changes the original content to an entirely different thing. Manga is more explicit and has a bigger variety of genres and stories. Well I do understand that anime is just so happens to be an easier to digest medium so nothing can be done about it.
Haha yeah, since I usually read ongoing manga, every next anime season consists of adaptations of familiar titles. It’s fun to see them animated and all, but of course a chance for them being better than the original is low. However, it does happen sometimes.
Another thing I like about manga is that it takes much less time while providing about the same amount of info as anime. So do give more titles a chance, they should be worth it ;)
Heh yeah, one of those easy to read and simple titles, just a nice and relaxing read.

Toha Feb 27, 2019 12:49 PM
Yeah, cool. I also sometimes look at friends’ lists to see if I missed anything good, so it’s nice if the tastes are somewhat similar. Well, even if they are not similar, it’s still interesting.
I sure can! You can ask away whenever you need to, I’m always glad to help with recs - I do know a couple of good anime, manga, lns and vns. When I have time, I try to give out recs for manga in the rec forum thread…doubt anyone cares about them but oh well. There are so many people ready to recommend anime (so I usually don’t meddle with that) but when it comes to manga, people are not as active. It’s sad because I think manga is superior.

CordobezEverdeen Feb 26, 2019 10:30 AM
Might give it a shot.
The only problem is that i cant for the life of me remember chinese names.

I'm currently reading Sweet Home (same godlike author as Bastard) and i can barely remember the name of the MC.

CordobezEverdeen Feb 26, 2019 9:37 AM
Despite its flaws and a dead weight of an MC (the girl whose name i cant even remember) it made me question the morality of the characters, admire their struggle and i never felt the tipical critical salty itch vibe of "Don't do it" that i'm so beloved for.
The whole gods-servants interaction is awesome. They fight beating the shit of each other servants for christ sake!
They are also kinda dead weight without servants which is also a nice nod.
I dunno i just liked the god Ebisu's fear of reviving and losing his past self and Bishamon is everything i dream when i think about decently written female characters and in the anime industry that's something that i just HAVE to put in pedestal.

I dunno i just have to muster some herculean strenght to sit and watch stuff on my PTW list.

TheAskald Nov 24, 2018 2:47 AM
Hey :)
If you finished episode 25 of season 2, you can pick up the manga at chapter 93 I think. (https://mangakakalot.com/chapter/chihayafuru/chapter_93) Imo the manga really peaked in the following 40-50 chapters, I think you should wait for the anime adaptation as it'll air in 2019 but do as you want

Chihayafuru is really a great manga but it should have climaxed and ended in 140 chapters, after that the concept got too repetitive for me. Still very good, but I get the concept... I'll let you make your own opinion.

youseiki Dec 18, 2017 9:24 PM
yep, though I don't use that account, I changed my mindset and scoring so fixing my list would be pain, also there's a lot of irrelevant anime in my list which I don't want to see.

Alfond Nov 25, 2017 4:48 PM
Horizon Zero Dawn does look amazing, I'll probably buy it when it's on sale. How about Witcher 3? Do you think that game was better? Personally I thought it was amazing because I'm a huge Fallout fan and I ended up liking Witcher 3 more than Fallout 4.

Alfond Nov 25, 2017 1:01 PM
Oh I know what you mean but since Persona 5 came out in 2017 outside of Japan that's why I consider it game of the year. But yeah if we go by original release date then my game of the year would be either Nier Automata or Tales of Berseria (actually Tales of Berseria came out on 2016 originally as well, nvm). Although Horizon does look like a strong contender but I haven't played it so I don't have an opinion on it. I might give it try and see if I like it.

Alfond Nov 24, 2017 1:38 PM
Awsome. I have over 100+ hours on both playthroughs and was able to complete the Persona Compendium. On my first playthrough I romanced Anne but on my second one I went Harem route and romanced everyone, but I chose Futaba on Valentines day. Now on my third playthrough I only need to complete a specific mementos mission so I can platinum the game. I think Persona 5 is game of the year imo, although Nier Automata was also really good.

Alfond Nov 24, 2017 9:52 AM
I don't read many light novels but I do realize that Youjo Senki LN > Youjo Senki anime, especially regarding the art style.

As for the games, I have played all of those except Horizon and Dota 2. The Witcher 3 was amazing and way better than I expected, but my favorite game is definitely Persona 5. I'm a huge fan of the Persona series and have played P3, P4 and P5, including all the spin offs like Arena and Dancing All Night. Right now I am in my third playthrough of Persona 5 so I can platinum it. Btw who did you romance in Persona 5?