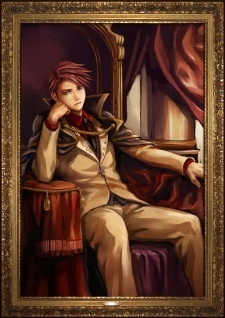 Blindflow Oct 21, 2017 11:19 AM
Just stopped by to say I think you're a legend lmao. A few years ago you made it to my profile through a review I left on Lucky Star saying "Lucky Star.... REALLY?" I wasn't new to anime at the time but just watched randoms. I can see why you go on me for overrating L.S. I think it was my first review. And your comment was the first on my profile and it hurt my pride at the time lmao cause I thought my Top 5 was Golden. I'm more refined now and I always remembered your honesty and come back to check out your MAL from time to time to see how we feel about the same anime. And you're still as outspoken. (Which is a good thing imo.) Much love, keep doing you brother.

Shining_Falcon Aug 15, 2016 7:29 AM
Considering how much you've played of Visual Novels, and your ratings at the top of your profile, I recommend the Zero Escape series if you haven't already played them. Short games, great narrative, and tense atmosphere.

I don't know if your picture was stolen or what not by ^. I noticed he had the same profile pic as you. Just going to leave this here for you.

TonyTheme Jun 18, 2015 9:39 PM
We have distinctly separate tastes (though, I suppose I like KnK for the same reasons you do), so I wonder if it'll get anywhere. Just know I only think Overlooking View is up its own ass and self-important, Nasu has specifically said it was clumsy and I believe the anime didn't really erase that despite the trimming.


>Nasu: In Kara no Kyoukai, the first story, "Overlooking View" (俯瞰風景) is the clumsiest. I've always thought I wanted to do something about it, and I told a staff member, "If we're making this into a movie, I'm going to rewrite the first story; please let me do that." But he said, enthusiastically, "No, I want to work with it the way it is. I want to animate this!"

Then, when I read the finished script, they'd cut out over half of the unnecessary excess fat and had turned out something more interesting as a story, so I thought, "If it's like this, they don't need me to rewrite it."

The rest are relatively simplistic (not that 1 isn't, really, that's my complaint about it - it attempts to impress greater intelligence or importance than it actually conveys) and don't attempt to bite off more than it can chew. Usually just presented in an obtuse manner, and usually fail to give adequate answers or perspectives pertaining to the questions they bring up within the narrative (usually restated in dialogue at the end via someone asking a question to another character) outside the fifth and seventh movie.

Lindle Mar 15, 2015 1:39 PM
This is perfectly understandable, and believe me, I wouldn't make an ad hominem attack under normal circumstances. The only reason I did in this case was because you had seemingly made it clear that you were casting judgement on an anime you hadn't seen, and acting as though you had.

Obviously, this turned out to not be the case. But given the same set of circumstances again, I'd do the same thing. It's pretty obvious in retrospect that the whole thing was a misunderstanding.

Lindle Mar 10, 2015 2:34 PM
Let me clear this up. I had, at the point of you writing that wall of text, not seen Twelve Kingdoms for like three years. Mym memory isn't great. I couldn't even remember half the characters and terminology you mentioned. For what it's worth, after a rewatch (which will happen eventually maybe probably idk), I'll get back to you on that.

Now, as for why I specifically offered to refute you despite that I could barely remember the series' events...

...Fuck, I dunno. Hubris? Really couldn't tell you, it's been almost a year since then, and I believe I mentioned not having a good memory already.

The problem is Madhouse itself. Madhouse couldn't deliver some scenes of exam arc, arena arc and auction arc correctly. It really fucked it up which is very very frustrating. Madhouse knows what majority likes and goes that way... (proof: HxH 2011 at 4th position).
The most important difference between the two is Gon Freecs. Gon Freesc of 1999 is not the Gon Freecs of 2011. Their personally (especially in Exam arc) are quite different. But there's no way anyone would agree with me since I have far more experience of 1999 version (probably 6 times re-watched).

That goes for HxH too, i suppose.

DackLiu360 Sep 12, 2014 7:11 PM
Sorry if I couldn't please you. My first review in this website. I tried hard to explain myself, but I really see your point. But, I don't take things too seriously, and I like the anime in the overall point(the rest, just comes as a consequence..). It has a fucking nice soundtrack and I don't have any regrets of watching, I think people also should do the same.

Yourchinguxd Sep 7, 2014 10:32 AM
Thanks a lot for your feedback mate. Hopefully I can improve a lot from what you said.