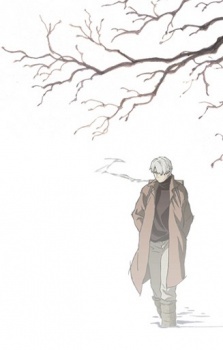 Josh Apr 18, 7:18 PM
I don't attend to many "large gatherings" myself, but I can't wait to be able to do things in small groups with friends. That'll probably be allowed again within a few months, so looking forward to it!

Eizo is pretty great! It's not my favourite Yuasa show, but anything directed by him is better than 95% of everything else, lol. It has me in the mood to watch more anime, which I haven't done much of in the past year or so. You watched anything good recently?

Josh Apr 14, 6:57 PM
That's good and lol, it was funny to see people making that joke on reddit and elsewhere. "Not sure what the big deal is, I've been social distancing for years."

I'm doing well too. Riding it out with my parents and sister at the cottage. Everyone's healthy and we can all work or do schoolwork from home, so we're lucky. I hope the situation is resolved sooner than later though, less for my sake than for the sake of everyone who's at risk or getting screwed by the lockdown. I'm not holding by breath, but we'll see.

Josh Mar 5, 2019 6:45 PM
"What would you be more interested in?" I'm not exactly sure, but maybe something in environmental policy or sustainable development. I've been less interested in purely economic policy in recent years, which is what my last two jobs have mostly been about.

>wedding in Whistler
Ojou-sama life. I'm considering moving to BC actually. Vancouver would be fun for a while, but it's too expensive for me to settle in and I want to end up in a smaller city anyway.

The boygenius EP is indeed great. I still listen to a lot of that kind of music. I've been listening to lots of Lucy Dacus and Phoebe Bridgers since I discovered them via boygenius.

Yup, still working for the feds! My current job's alright, but not ideal. Currently looking for something more interesting.

Life's treating me well! Work is the same old, which is generally a good thing. Sometimes I become a little bored, but I can't complain. I've been spending much of my free time reading these days and it feels good to always be thinking/learning.

I've been well! I actually might visit Houston this winter. A close friend of mine lives there and I figure that would be a relatively cheap winter getaway.

I might be stretching the definition of "lately" with a few of these, but Shirobako, Shouwa Genroku Rakugo Shinjuu, and The Case of Hana & Alice are all great. I'm enjoying Katanagatari at the moment, but not as much as those three.

SpaceCad3t Sep 8, 2016 1:38 AM
Yup yup. "A better version of YYH" is definitely an apt way to describe HxH.. Not to discredit YYH by any means, because it's a good show in its own right, but Hunter x Hunter just takes it to another level. Enjoy the ride.
And Kino has been fantastic so far. Perhaps the most thought-provoking anime I've seen, maybe with the exception of Monster (I guess that doesn't mean much though, seeing as how a decent chunk of the anime I've actually watched is just mindless action :P).

And yeah I hear you. I'm not as busy as you seem to be, but I haven't regularly posted on the forums for a long time either. As for LSU, agreed. I feel like the media (particularly ESPN) has pushed the narrative for the last few years that Miles is a great coach and LSU fans should be thankful/lucky to have him, but there is no excuse for failure at this point. LSU is very, very arguably the most talented team in the nation (even ahead of Bama) and losing to Wisconsin with all of that talent is just... wow. I actually feel like the LSU fanbase has been incredibly patient with Miles. The team has been in the situation of "we just need a QB and we'll be unstoppable" dating back to at least the Jordan Jefferson days, which was like 5 years ago at this point.. If Miles can't find a QB in 5 years, he's never going to, so changes probably need to be made. I'm not sure if LSU has any chance at Tom Herman, but you guys should definitely make a run at him. Especially since maybe (maybe) Texas might be in line for a good year (thus equaling Strong not getting fired, so Texas won't go after Herman). Though if Texas is for real this year, I honestly might say it's less due to Strong being a good coach and more of Sterlin Gilbert/Shane Buechele saving Strong's job.

SpaceCad3t Sep 5, 2016 11:52 PM
What's up man? Been a while. I would ask if you're hyped for college football this year, but sadly I think your excitement is probably already dampened somewhat.. Sorry for the loss against Wisconsin :(. On the bright side, A&M looked good vs. UCLA so there is that. I guess nobody is going to create a CFB thread on the forum this year..? I mean, I would just create the thread myself, but honestly, if one hasn't been created by now it's probably a sign that a CFB thread wouldn't see much activity besides posts from you and I, lol.. But I guess we could still give it a shot. I hope you're enjoying HxH, by the way. Really great anime if I say so myself.
All Comments