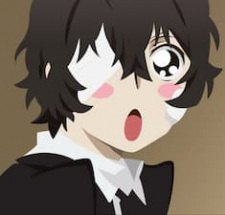 I will start from VA part, I've watched it in dub and the VA of dub was phenomenal. I literally have no idea how the sub VA sound and seeing your thought on that I think it's cap XDD

Now characters, yeah! I too felt that it's a little dumb. They are like spinning it round and round until one get irritated. I don't know about exaggerate part, so I won't say anything on that.

Now desperation part, I too agree with that but the part I hate was when they don't even show that surprise on their face when they open the vault, the put a cliffhanger on such a crucial moment but I was as I thought they will do it on next one B U T they half-ass that part on next one, I so hated that!!

On mystery, they gave all the clues so that even us watchers can think on who the culprit will be, that was the best thing about this!

The rating I agree, it's either 10/10 or 7/10.These two are the only things which suit on this. Tbh, you would've loved it, if I wouldn't have forgotten to say watch this on dub. I loved it and I just checked the VA of sub and it was vile. I was like, why did they wasted money on such a bad VA.

About Perfect Insider, I am not sure what to say, it's ok atm, but I fell like it going to get very good. It has a very good base as a starter. I guess I can't say much right now but after I'm done watching, I think I might have have enough data to say anything about this.
(I am so bad at conversations XDD)

Sleepicious Aug 22, 9:02 AM
I am going to see the latter one as I've watched ID:Invaded to some extent and ofc I'll tell you. Also, tysm for telling me the latter one as it's already on my ptw list, I totally forgot about this. One more question, for Subete ga F ni Naru, sub is better or dub as I don't want to waste the potential of the show by potato dub or sub.

Sleepicious Aug 22, 5:51 AM
Oh my bad I kinda wrote many lines which meant the same thing and realized it later so I omitted those parts but it seems like I forgot that line XDD

By the way, tell me a good anime too, in either psychological or any series which has a very good plot ^^

There is an anime series called Danganronpa, I think you should watch it. Tell me your thoughts about it too ^^
Btw this is my recommendation.

For starters, give me a genre to narrow my field of search. 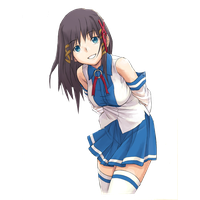 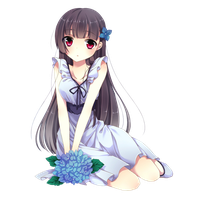 Hello! My new friend.
Thanks for the friend request!
Well, I am good at recommendations of anime and also eager to know yours too. Hoping we could become good friends!

I see you're watching many seasonals. Which one do you like the most till now?