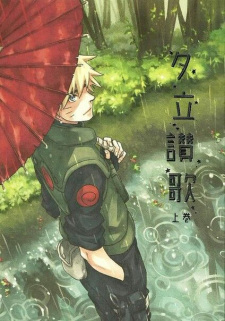 Kotoamatsukami99 Jul 30, 2018 5:40 PM
Oh idk really,the thing with Kuroko is that I really liked the so called "DBZ style" basketball xD It kept me going.
I mean,I really do like basketball but just watching "normal" basketball players go at it without special auras and overdramatization will be hard xD
No,Skypiea is really important.Zoro has a lot of character development there and there he uses his signature move for the first time so skipping it would mean skipping that as well ,and in Skypiea there is one of my favorite fights in the series.
Every cannon arc of One Piece is important in one way or another,keep that in mind so you can get the full experience.
When I was a beginner I watched Anime in Dub,I watched Naruto(and Shippuden),Bleach,Death Note,FMA and FMAB,,Cowboy Bebop,Dragon Ball Z and Code Geass.Later on i realised how little effort was put in a lot of the voices and the emotional scenes aren't as impactful compared to Sub so I am watching everything in subbed for like 3 years :)

Kotoamatsukami99 Jul 20, 2018 10:49 AM
Oh really?The thing that kept me away from watching Slam Dunk is the fact that it's not finished.Can you tell me more about what you liked about it?Except for the kickass openings :D
I could understand if the fillers you are talking about are before the Great Ninja War because those suck ,in my opinion a lot of the fillers during the Ninja War are great or maybe that's the inner fanboy talking..... I even rewatched a bunch of them while rewatching the Naruto series as a whole.I think they are great because Kishimoto put so many characters in fights that happened off screen in the manga but the anime actually animated them and gave us information abot all of the fights and conflicts during the war.
Oh you should start One Piece as soon as possible,it's really interesting and it's the type of anime you have to binge watch(except for one arc which i will not name until you get to that arc ofc) and can't just watch one episode a day etc.

Btw random question,what kind of music do you like?

Kotoamatsukami99 Jul 6, 2018 3:42 PM
That is for sure,their personalities are almost non-existent until they are on the brink of loss and even then it all comes down to "I'm gonna be your shadow or light etc" or "I don't want to lose anymore" sort of inner speeches.I guess the author just wanted to please the masses and he certainly did a good job on that,but as far as relatability and any kind of understanding towards characters go,Kuroko pales in comparison with other titles from the Sports genre.
Yeah i am liking it a lot!One Piece is awesome but i have a lot of issues with it...
I will not talk about pacing because it was not an issue for me,i don't mind skipping like 6 or 7 minutes of already seen material.
First of all,there is inconsistent arc quality and only two arcs don't have predictable outcomes.Literally every single arc except the two i mentioned before have the same outcome and it kind of gets irritating at some point even though it is somewhat watchable,but it's really a problem after the timeskip.Also,the "best" arc by the One Piece fans is my least favorite arc by far,I remember buying lots of food just to be able to watch it without falling asleep or doing anything else...I can't wait until forums are back just so i can make a forum post where people will tell me why is this arc even liked at all.
Secondly.the main cast is not really likeable in my opinion(except four characters that I adore,but they barely get screentime after the timeskip).
The third issue is the music and openings/endings and GOD DO THEY SUCK!Like EVERY shounen I have ever watched had at least more than 2 good openings/endings or OST but not One Piece,the openings and endings are so bad!There are only 2 good openings(and they are one of the best i ever hear) and one meh one,and i remember only 1 good ending song.Also after the best arc in One Piece,there are no ending songs.
That's the issues I have with One Piece and they are bearable for sure,just wanted to point them out.Everything else is great,the writing is superb,action as well(even though it loses to both Naruto and Bleach when it comes to fighting scenes ofc,there is barely any strategy in One Piece fights for the most part and Naruto and Bleach got sick OST going for them).
As far as fillers go,I only watched one arc and it was awesome(and in my opinion better than the cannon arc all of One Piece fans like ;D) and I watched some filler episodes and then realised I am wasting my time and stopped watching fillers completely.Some of the fillers contradict all of Oda's writing so better not ruin the series by watching them.

Kotoamatsukami99 May 9, 2018 5:11 PM
Same with me tbh,nothing really interests me regarding games recently tho.
Well i would still enjoy Kuroko if i rewatched it because it has amazing music,animation and overall is a very hype-inducing series.
I mean,disliking some characters and their bishounen looks is not that much of a problem to me and could be easily overlooked by the other amazing the series has.
Idk,i suddenly got megahyped for playing the game after seeing the Kingsglaive movie and the Brotherhood anime but i just stopped caring.School is really taking its toll on me...
All Comments