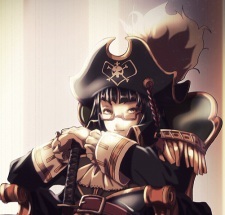 Mamamama99 Jan 15, 11:14 AM
Hi U1111!
I just invited you to the Anime Guild, a mostly seasonal club with lots of interesting features. Feel free to check us out! We're a fairly big and active club, and we have a Discord too!
*You should find the invite as a (1) under your Clubs tab on your profile. If it didn't go through, message me and I'll just re-invite you.*

I noticed you're watching Koisuru Asteroid. What are your thoughts on the show so far ?

pluvia33 Jan 14, 2017 3:09 PM
Hello! Random comment here. Sorry if I'm getting too into semantics here, but in your Hand Shakers review you call the show overrated. Really? Hand Shakers currently has a 5.35 average score. That is downright atrocious for a new anime! It's pretty damn bad for any anime in general (other than those weird crazy experimental anime shorts). I mean, compare that to 11eyes, the worst TV anime that I've ever sat through (in my opinion), which has a 6.49 and a 5.35 is especially bad. I haven't actually watched Hand Shakers and I don't really plan to since pretty much everyone I've heard talk about it has said how bad it is (again, a sign that it is NOT overrated by any measure), but I think 11eyes was at least properly animated for the most part which makes it a step up over Hand Shakers, I guess (again, based on what I've heard). Anyway, I did a quick search and there are only 30 TV anime with a lower average score than Hand Shakers over the past five years (with your beloved Pupa being one of them; though surprisingly it has two TV anime which outrank it for worst in the last five years). Out of those, all of them but three were children's shows and/or short-episode anime (two formats that are notoriously rated low simply due to their formats). So yeah, I think Hand Shakers is rated pretty much right where it should be, especially when you factor in that most people who are "enjoying" the show are likely doing so ironically (meaning, "it's so bad it's good"). Again, sorry for getting so hung up on a word, but it kind of seems like you were just using "overrated" as a synonym for "bad" which is not the same thing; blame the Grammar Nazi in me. You know, unless of course you've actually come across a fair number of people who actually sincerely think Hand Shakers is a good show. Now that'd be funny!

Oh, and I was kind of on the fence of whether or not to actually write that pointlessly long rant about your misuse of the word "overrated" until I saw the rating explanation on your profile. Dude! Your use of an "anime about a talking fart" for ratings 4 through 2 reminded me of the second episode of the second season of Rick and Morty! If you haven't seen the show, then you have no idea how awesome an anime about a talking fart can actually be! Anyway, have a great weekend!