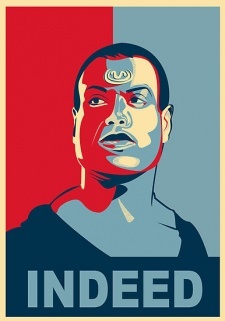 Baman May 24, 3:58 PM
Yea, I guess I just don't have patience for that stuff anymore, trolling is pretty fruitless and trying to have a interesting conversation with so many grug-brained cold takes around is just tiresome. I suppose it's like going back to crack once you've gotten used to pure cocaine, it just doesn't cure it anymore.

sick_basterd May 24, 2:08 PM
I'm responding a little prematuer with this... but holy fuck I had never heard of HiDive. Im browsing their site right now and I'm seeing shit like Armored Troop Votoms... Holy fuck dude.

Baman May 23, 4:41 PM
I don't know, it just feels kind of pointless. Are there really any interesting threads around at the moment?

Ramy_Stereo May 22, 3:24 PM
I never dealt with css before, but looking at some people's lists it looks like a pain in the ass to be good at lol
for some reason I never really cared about the list design as much as forum set and profile

shinrinyoku May 22, 11:51 AM
I'm around your age and I joined 3 years ago and I had already noticed I was a little old and people our age aren't that common or active. The change of generation is a natural "handover" I guess, but it is a little... desolate.
I wonder how it was back then, at the beginning, it must have been refreshing rather than... whatever it is now.

Ahaha, you are indeed a veteran.

Anime has taken a back burner in my life, kind of. I do watch from time to time, but not the way I used to several years ago (and I often forget to update here on MAL). I've just finished re-watching Fate/UBW. I wanted to watch the Heaven' Feel movies, so undertook a journey to re-watch f/z and f/ubw. Also playing Assassin's Creed Odyssey these days! The lock down has really helped me get back in touch with my weeb side hahaha.
Also, never played KH3. Have you?

And I just noticed from your profile that another update since we last talked is that we are now in the same country! :D Massive coincidence tbh.

sick_basterd May 21, 9:12 PM
I would love to know as well. I could easily see him still being a neckbeard. A groomer, you say? I know what that term refers to now, but I did not in my younger years on this site. Are you insinuating that you agree he semi-groomed me and others? I don't take offense, I find it interesting. Looking back on it, the relationship was fucking weird. I was a huge shut-in during my younger years and I feel like I could've easily glossed over a lot. Either way, it would be even more interesting to somehow find him again. He's got to still be on the web if he's alive. I feel like somewhere in old posts we could dig up his info.

Wow, I am honored. You took the time out of your life to find our last conversation. How oddly sweet. I feel like a big deal. I knew I peaked early in life, but I never expected my peak popularity would be experienced during my early highschool years on an anime website. Fuck.

As far as LOGH goes, it is on Hold for the time being. I have a few reasons for this. First off, it's been like 10 years since I watched it, I have no fucking clue what's going on. I have a distaste for picking up series in the middle that I've mostly forgotten. I did watch a random more recent show of LOGH, i think it was 12 episodes. I watched it a few years ago and I thought it was pretty cool, but it's not on my list because I can't remember which one it was. It was available on paid streaming, crunchyroll I think. Which brings me to my second reason for not finishing LOGH - it's unavailable to me. I'm on a shared computer at the moment so I can't torrent effectively, also don't have admin rights so I can't install a bunch of shit. I'm severely limited in my anime choices. At the moment I am subscribed to all the major streaming sites so I mostly watch stuff from those, or from Youtube. I mostly do shitty OVAs on youtube and have them playing in the background for vibes.

If you know any places i can *safely* direct DL old school shows like LOGH, please fucking pm me. I'm trying to complete UC Gundam too and really all pre-2000 gundam and looking at the box set prices is making my stomach churn.

I also fucking hated Gintama back in 2010 and I still hate it now. I don't find it funny and I don't understand why other people do. There's so many fucking episodes too. I've seen very little and it was an absolute chore to watch

Ramy_Stereo May 20, 7:27 AM
oh I get it now, I mean you can do that with a customized layout but not with this outdated code lol don't people make their lists with css tho?

and thxx that's all I could ask for <3

shinrinyoku May 20, 6:57 AM
I meant from MAL, but thanks for replying keeping in mind both options.

You have been on this website a long time and I was wondering if you ever grew tired of it, especially considering you must have witnessed a lot of changes during the years. But it seems you have a rather good relationship with it, or better, a very sensible attitude.

Ramy_Stereo May 20, 6:16 AM
that describes my situation perfectly. I actually got so desperate because the bottom left and bottom right images didn't align that I cropped the bottom right one to force them to align. and cuz the gap between the right images is slightly wider than on the left I enlargened the top right, but it's still wider, tho if I enlargen it more the bottoms won't align again, it's a nightmare
yea mean outside the about me?

Ramy_Stereo May 20, 6:03 AM
oh well you can't expect me to understand a joke smh
I can't do shit with photoshop lol even still the images aren't aligned perfectly but at some point I had to accept that it's just not meant to be

Ramy_Stereo May 20, 5:52 AM
thxx if I press enter anywhere in the code the whole thing will combust
if by around here you mean australia thennnn no :p

I'll always be an otaku--just not a MALer anymore, haha.

I am alright. I would have been much better were we all not in the midst of a pandemic. How have you been? Long time! :D

sick_basterd May 16, 6:40 PM
I don't remember anyone on that list except for owell11... aka KAGS.. holy fuck dude. The Kags Krew. I remember that shit. I used to play Uncharted 2 online with that dude all the time. The only shit I knew about his personal life was that he was in college, a neckbeard, and loved smoking beers and drinking pot or some shit like that. And he was always naked apparently. Holy fuck. I literally had that dude pick out my 7th grade christmas list. In retrospect was he grooming me to join an online anime cult? was the kags krew.. something more sinister?