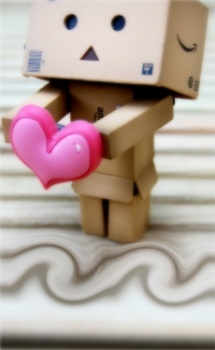 Ok I know Im never on here but WHERE ARE UZZZ??

I am doing really good. As complete as I can be without you. Now that you are back, life is better!

Why the new name? It too the ball grabbing video to id you.

brokenthread Mar 21, 2010 8:58 PM
I agree wirh you. These visuals are spectacular. These film makers could add some style to these movies and make cinematic history. Maybe Tim Burton should have focused more on creating an atmosphere and dream world in AiW.

James Cameron did it spectacularly. I wouldn't mind watching a visual spectacular if only I was given one. Now if only story telling and visuals could work symbiotically and reach a balance we'll get a masterpiece of the 21st century that rivals that of revolutionary films like Seven Samurai and Citizen Kane.