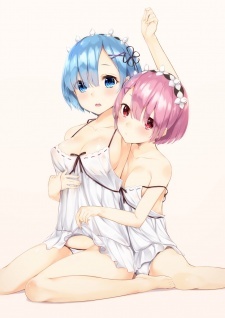 Todd_ Aug 3, 2011 7:54 PM
Hey man, I've been thinking that all of us at the Sekirei club should find a chat room to go to. I think we could have some fun conversations there. Plus the fact we could talk about a lot more than on the forums. I've asked Tenchi about it and waiting for his response. I want to hear what you think. Hopefully we can find a place!

Tenchi_Ryu Aug 2, 2011 11:12 PM
Oh, and forgot to add, on the ANN link I just gave you, look at the search bar on the top right part of their page. They have a search system thats like an encyclopedia and info on your show. So lets say you wanted to know what kind of news is going on with SnO, you would type in Sora no Otoshimono, click on the page then scroll down to the "In the news" section which is everything you need compared to having to look over hundreds of paged just for SnO.

Tenchi_Ryu Aug 2, 2011 11:03 PM
Well for rumors, its just around the internet just random talking, but when something is official news, a good place to look is Anime News Network. They are usually the quickest to announce things. They announce things like new shows coming to japan, shows that have been licensed by companies like funimation, and anime series that will get dubs. When Sekirei S2 dub is about to be released, they will be the first to let us know, same with when a season 3 will start.