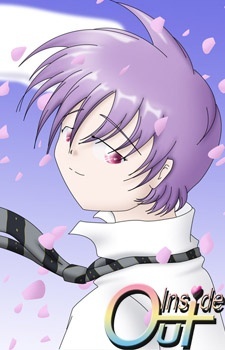 Kurt_Irving Jan 31, 2016 10:25 PM
Hi there! you have decent taste in anime. I noticed that you're a lesbian and I have a Canadian buddy, though younger than you, who is also a homosexual female. There was this English girl that I talked to, who is in a same sex relationship, but I have not talked to her in ages. Anyway, I hope you and your other half have been having a lot of fun together.

BoAmania May 21, 2010 3:04 AM
Hello!
just want to introduce myself a little, I'm Belle and I'm a big fan of yuri/shoujo-ai anime/manga, I saw your list and we have the same kind animes that we love, I hope we can be friends so we can share comments about our favorite animes ^^

but can I ask you a question? (lol i just asked)
anywayz
I'm using photoshop elements 7 now and well
my cousin accidentaly deleted a black stroke (2px).
Since photoshop doesn't have any recyclebin
I was wondering if you know where I can download it.
I tried googeling it but no luck...

I don't mind ^^. I stopped after I got out of art in high school for a few reasons. The biggest was actually just losing my drive for it, I didn't feel inspired anymore. Plus I had found that I was better at stuff like paper mache and other mediums that let me work more with my hands. Eventually I dropped all of it when I entered college and got engrossed in school work. After two years I finally realized that I wasn't happy with my major and found another passion, writing. ^_^

I may or may not start drawing again, I think the only thing I was really good at drawing was human hands *shrug*, not sure why, lol.

I'm enjoying Tetragrammaton a lot more than I eventually thought I would ^^. I've actually been buying the volumes from a local bookstore, so I wouldn't know where to find them online. Gomen ><;

BTW we have a welcoming club going on if you like to join. The purpose of the club is to get together and chat with new and older members of MAL. Here's the link if your would like to join. ^^

Juri21 Jun 6, 2009 11:22 PM
Haha, true true, and with how pretty much everyone works and wants to get done nowadays, everyone needs a little more time.

Yeah, more people go to DA to look at art and read manga and comics than read stories. I know that I'm not going to get a large fan base since all I do is write, I stopped drawing long ago, but it's all I have to share almost ^^;
I did notice that I got more of a spike in interest when I started posting some of my photography, I've been thinking of doing more of that. Sadly though I know that more people will know me more for my pics that my stories T_T.

Well, good luck with your manga!

Yeah, I feel the same way, whenever I plan to read a few series I always find that I don't have the time.

I know how that feels, I have a DA account and post some of my stories there. Even though I don't have a lot of readers I hate delaying posting a new story or chapter ><. I hate the fact that I haven't had time to post anything new for months because of school, it eats up all my time now that I'm a senior TT_TT.

Juri21 Jun 4, 2009 1:48 PM
Sorry to hear that you aren't feeling well ><, but I'll definitely be keeping up with the series as you update it ^^. I like the concepts so far and I like seeing new approaches to shoujo-ai stories.

I actually don't use DH all that much, really only to keep up with some of the fanfictions I read. I actually started reading your stories before I saw them on DH. It was when I just started reading lesbian and shoujo-ai stories, and before I was on DH, that I somehow stumbled upon your website and started reading from there.

Oh, btw, I love Hanjuku Joshi and Stay Tune, they're both great. Hanjuku is a gorgeous manga, I think you'll like it when you get around to reading it. I can't wait till the 2nd volume comes out. Stay Tune is also good, it's so cute and I love the mangaka's art style ^^.

cool...my profile has everything you need to know about me on it. most of the images are clickable

i never said you were old but the oldest anime i've seen is Dragon Ball Z.

Evadoll Jun 2, 2009 2:40 PM
Thanks for your comment!
It's GREAT to see some more females that are into shoujo-ai! :D And yes, I really like Higurashi, I can't wait for the Umineko no Naku Koro Ni to come out!