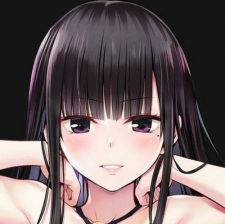 LunyRem Nov 23, 2018 4:40 AM
Hey! \o/ Well I'm not sure about getting a Nintendo Switch. Currently I'm financially struggling but don't worry about it. xD A Mario Maker game for the Switch should be enough to really convince me to buy a Switch, but a sequel for that game is probably never going to happen. I really want to play Mega Man 11. IIRC, it's available in Steam, right? I hope I could make it work in my PC if I do purchase it from Steam. There are only a handful of soundtrack I like from the game. But if you like the Gear Fortress stage theme from Wily's Castle, then I bet you're going to enjoy listening to an extended 1 hour version of it! :D

I love listening to this one too! It's my favorite from the game. :9 I'm watching so many airing anime from this season, gah! >.< Ohh, yes, Bunny Girl Senpai is a really great yet quirky anime. Sakuta and Mai are the best couple from this season. :33 I wanna know more about Shouko Makinohara from this anime, who actually has the same voice as my beloved Rem. :') Yeah, we had Oregairu before, then Saekano as the next romcom, and now we have the newest and now popular romcom this time around which is Bunny Girl Senpai! A lot of anime fans from the West really love this anime, unlike how Japan does. xD Japan's favorite this season is SSSS.Gridman, which I've just recently started and really enjoying. :) Gotta love Rikka Takarada. She's a real cutie! <3 Heh, even the antagonist other female character Akane Shinzou is also a playful hottie! Hang in there, bro! You got this! As I've said previously, I'm currently struggling with my financial crisis. xD But I think everything's going to be just fine in the end. Always stay positive! :))

LunyRem Nov 11, 2018 1:18 AM
Hi bro! It's awesome to hear from you again! :D This season of anime has been pretty good, and I'm back to watching airing anime again so this means it makes my daily schedule much tougher. xD Ohh, I've seen trailers of Let's Go Pikachu in YouTube! Never immersed myself much with the trailer of the game as I don't have a Switch. ^^' So hey, uhh.....I'm sorry to hear that, bro. That doesn't sound good. I hope you can pull yourself together so stay strong and take care always, my man! Until next time! If you wanna talk, I'm always here in MAL. :)

LunyRem Dec 2, 2017 12:04 AM
Yo, bro! Whhooooooaaaaaa....!! It's been a very long time since I had a conversation with you! And it's all because I haven't even responded to your last comment at all! >_< I don't mind it if you reply late to me, bro. Its my replies that arrive extremely late as it's never been easy to juggly with my busy schedule since I do multitasking a lot at work. x_x Things have been going so well for me especially at work. Always busy and always lots of customers. I need all the money I could get so I could save up some more for my own personal dreams aside from my own personal expenses and taxes to pay.. =_= Oh, still no job, bro? That sucks, man. :( Hopefully you'll get a job one day that you'll surely like! Of course the perfect opportunity awaits you! :D Oh you've already read the JoJo manga. Woooow. And I haven't even seen anything from its manga. I just watched the anime adaptations by David Productions, with Part 4 being my personal favorite. :3 I try to stay up to date with the anime I watch this season. I've only picked up a few shows tbh. I got burned out from watching too many anime from last season, and I even watched some shows last season that I personally didn't like, but still had to finish them anyway because I've already started them. :/ So my anime for this season has been less. :D Currently my top favorite this season is Shoujo Shuumatsu Ryokou. <3333 Next up there are Blend S, Umaru-chan R, Konohana Kitan, Imouto Sae Ireba Ii, Shokugeki S3, Gintama Porori-hen, Love Live Sunshine S2, Animegataris, Cinderella Girls Gekijou S2, Sho-bitch, Kino no Tabi The Beautiful World, and Kekkai Sensen S2. Well my mood shifts through different things too. Sometimes, I would rather watch a different anime short or anime movie so I could increase my completed list much quicker. x) Currently I'm hyped to reach 2000 completed anime, bro! :'D Well, I'm willing to listen to what you have to say. It's just that I myself don't have much free time to socialize online. I'm still not yet done responding to most of my friends in MAL. :( I always have sooooo many things that I would like to do in a single day, but all the hours in a single day just aren't enough to finish all of the things I wanna do, especially when the more important work would cover most of my time in a day, haha.. I have Discord! :D I just don't visit Discord very often. ^^' If I had Ultra Sun or Ultra Moon I'd surely make sure the starter I get is a female Popplio. xDD Ah, so the entire Pokemon series has a total of 1000 episodes now? What a milestone! But I thought it was only at around 996 episodes so far? And yes, Lillie looks really cute. <3

Haha, thanks bro! <3 Rem has become my favorite female character of all time and it's been this way for a year now, wow! :) Sure, bro! I'll give you one nice avatar of Emilia! :D I'll make it my early Christmas gift to you! >w< I do recall you asked me before about this avatar, but I was just unable to respond back then and it's been several months now. I'm terribly sorry about taking so long, bro... You've been using that Precure avatar for the forums for years, haven't you? o.o So I wanna confirm first if what you're asking for is a forum avatar or a profile picture? I wanna make sure I make the correct size so that pixels would display perfectly because resizing the images carelessly could ruin the quality of the avatar or profile picture. I'll make one for you! :) Just need to confirm if it's for the forums or for your profile. :D Ah, it's only been recently that I found out Nintendo is planning to create a Pokemon game for the Nintendo Switch. I don't have this console, bro. I still have my Nintendo Wii U, with Super Mario Maker still as my only game in it! xD I've already spent a lot of time playing Mario Maker. I've created some new diabolically difficult levels and conquered some nasty and extremely difficult user-made levels too. I've also unlocked everything that I can from Mario Maker except for the Fighter Fly costume in which I don't wish to invest some time into that's why, to me, it feels like the time I spent in Mario Maker was time well invested. :') I already feel satisfied with how far I've gone through in the game, and I'd like to step down from the game now. Last year, I was playing so much Mario Maker that I neglected most of my anime updates. This year, I'm retiring from Mario Maker and I wanna continue to expand my anime list as well as my manga list. I guess if I never bought a Wii U and never bought Mario Maker, I might have around 2500 completed anime as of today, maybe? Haha! :D Light novel recommendations? I don't know what exactly to recommend right now since I'm currently not in the mood for various light novels. Sorry, bro. :S Maybe you could try reading the High School DxD novel? The story in the novel so far has been super awesome, and there's been a lot of grand-scale battles in it! The anime has barely scratched the surface of the DxD universe, bro! I hope the anime adaptation of Tate Yuusha would be amazing. The trailers look promising so far. And Index 3 is just so much HYPE, wow! I hope to see that cool epic battle against Acqua of the Back in anime form! xd

O-O-O-O-O-O-O-O-O-OMG all 4 of those Rem anime figures are SOOOOOOOOOOOOOOOOOOO irresistibly adorable!! >////< Haaaaa.... ლζ*♡ε♡*ζლ I almost had a heart attack from looking at these beautiful figurines, asdfghjkl.. x//////x Gosh, thank you so much for sharing these links, bro! They made my day! <33 I wanna order at least one of them no matter how expensive but I also desire to order them all, aaahahahahahahaha!! xDD R.I.P. my savings, lololol! x_x Well, we'll see. I might pick at least one of them, but it's super difficult to choose.. *___* I'm still so overjoyed from looking at all of these Rem figures that I wanna express my bliss through animated GIFs. xD

Alright, bro! I'll make your request. :) It might be just me being confused about it, but you can tell me in a shorter reply (or via PM) if you wish to request a forum avatar or profile picture of Emilia. I'll make one in a jiffy. :) Well now, till next time bro! \o/ It's really nice to talk with you again. :)

Mami-Sexual Nov 28, 2017 5:21 PM
Thanks bro <3 Nanoha is my drug XDDD Totally one of my favorite anime series atm just love everything about it XD

LunyRem Nov 12, 2017 8:08 PM
Hiya, bro! How have you been? I'm terribly sorry I haven't kept in touch for so long. I haven't forgotten you! I hope things are going well for you. Take care and hope to hear from you again soon. o/

THEAnimeHERO Aug 24, 2017 9:05 PM
It's Princess of the Breeze. There's a cool fight at the end & Fujiko looks really good in the whole thing.

Mami-Sexual Aug 10, 2017 3:11 AM
Yeah Akame is pretty awesome so far XD She has the perfect blend of many things I like in anime chicks and nice picture as well(;

Mami-Sexual Aug 3, 2017 9:01 PM
Yeah she's pretty cute need to get around to watching this anime some day