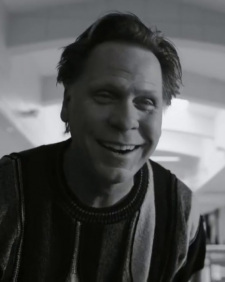 2- korean, chinese , and webtoon are accepted.

Hussin Oct 4, 2017 2:14 PM
found this comment intresting
"measuring a anime's worth by a scale of numbers is degrading and borderline rude (there's just too much in every frame, too much gone into making any particular animation to allot it as such).
it is that such rating systems become more about competition than admiration.
The, "This anime is better than that one due to majority input", doesn't seem fair or respectful to the limitless interpretations and the idiosyncratic elements of each frame of any anime, but then again, that's just my opinion. Seems a bit trite to argue opinions about opinions."
what do you think

Leonardo_Davinci Jul 28, 2017 10:43 AM
Yes, I've noticed that it's a rather new invention. If I ever get into reviewing (which I plan to do sometime soon), I might steal this format, if you don't mind of course ;)

Good luck on your future writings and thanks for accepting my request :)

style of review. It's pretty genius, gets to the point and summarises your thoughts to anyone uninterested in reading a full review and just wants the gist of your opinion. Not to forget that it's well balanced and prevents your reviews from turning into fullblown rant sessions or lauding rites :)

Opinionssucks Jul 18, 2017 10:36 AM
y did u watch the third season of gintama when u didnt watch the first two

Kurt_Irving Jan 2, 2017 11:56 PM
Hey dude, cool Durarara!! review you made, very cool, and it's definitely flat-out boring, overrated as well as humorless compared to Paranoia Agent, which handles the non-linear narrative and comedy much better.

AmbiguousMonster Sep 4, 2016 4:07 PM
I'm finally catching up on anime this year. I've finished Grimgar (it had narrative problems, but each episode gave some progress and in terms of tone, there aren't many series like it) and am almost done with Konosuba (despite the uneven animation, it actually feels like it's almost the best version of itself it could possibly be). I've stalled on finishing Rakugo and Lupin III, though they're the highlights of the year so far for me, and I've kept up with Tales of Zestiria the X, which (occasionally off CG aside) is the best looking anime I've seen all year (maybe Kabaneri is better, but I haven't seen it). I've also seen around 9 episodes of Re:Zero, and more-or-less agree with the praise it has received, even if the MAL score is a tad overblown. Fall looks pretty empty, so at least I stand a good chance at making a decent list of this year's titles. Can you think any other titles from 2016 that may be worth my time?
All Comments