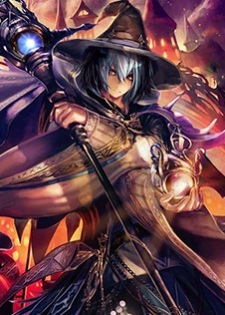 TheRedWarlock Jun 1, 2020 10:44 AM
You fool, it was all a part of my master plan to binge watch a month full of anime GAHAHAHAHA

HighEntia May 28, 2017 1:08 PM
Yeahp Just downloaded 7 volumes of shield hero. I honestly don't even know what I'm getting into so I'm pretty excited

HighEntia May 28, 2017 10:17 AM
Stuff like shield hero. And Yongbi Bulpae since my manhwa list is sadly low

TheRedWarlock May 16, 2017 7:52 PM
I see you have finally learned to worship the whale, that's good, praise the whale!

Fraiiz-Wanderer Aug 5, 2016 11:59 PM
u know, yesterday i ask my friend who had connection in japan, he said theres only 1 vol for Nidome no Yuusha in their storage for roughly$11, i dont know its officially published or the author just selling them. while im on it i check Tate no Yuusha n got 1-13 vol for roughly $193.
chapt 15 already out, im waiting for chapt 16 now..

what else do u recommend? since it seems u already complete more anime-manga than me...

Fraiiz-Wanderer Aug 5, 2016 6:10 AM
u were right, im not disappointed with Nidome no Yuusha, the betrayal n vengeance was way on different level than Tate no Yuusha. i wonder why they're so similar though. at first glance i expect the demon king would partner up with him, afterall eventhough she's not betrayed by anyone she did laugh with Kaito at their deathdoor. the author seems to mistook Retribution with Revenge though.
unlike Naofumi who were betrayed by only one bitch, this Kaito dude actually betrayed by the whole world, which make the "Revenge" really great n feels. i'd like to see this series in a manga, i wanted to see how their eyes look like. i bet they got a really good eyes, n definetely way superior than Naofumi.

i agree for not giving a traitor an easy death, i dont know about you but in our community there this rules which state:

other than betrayal we're not allowed to give painful death even to our nemesis.

Fraiiz-Wanderer Aug 1, 2016 9:45 PM
already look it up, apparently u guys using spanish more than english. btw so far i like the development in Nidome no Yuusha, i will write a short review to u after a reading a few more...

Fraiiz-Wanderer Aug 1, 2016 6:29 PM
i love anti-hero since i was a kid, but i always hate revenge (its fine if u like it). i will try that asap n report, naivety n all was fine if it was a comedy one, but if it was an action story about battles, war, murder, n rape, naive brat should just serve as a foundation to show how strong the protag n enemy was, honestly speaking this's what happen to both tate no yuusha n goblin slayer right XD, also for oregairu eventhough its not an action anime..

btw your grammar's kind of... off
if my memory serve me correctly Puerto Rico still part of US so why?

Fraiiz-Wanderer Jul 31, 2016 9:44 PM
wow you say it yourself haha, im getting tired of a story where the protag's well liked n loved 4 no clear reason (ex, saving a girl once resulting in her really devoted to him) n a story where the the protag so naively idealist n dreamer. makes me more n more yearn for another anti-hero protag. when i first read Tate no yuusha LN, i thought that this story really exaggerated, its as if im looking at a boy in his puberty complaining about how the whole world is his enemy. but i dont want to judge so shortly so i continue reading it, n i came to love it, the story where the protag is a great man that save thousand life only to be hated by the very people he save yet he never complain about it, on the contrary he love it. that is the story i wanted to see...

for that i've Hachiman n Naofumi, so far i only found these two guys,