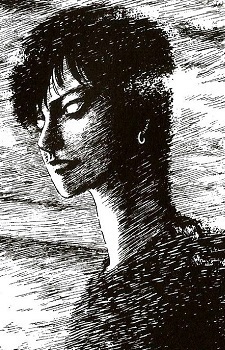 GodOfWolves Sep 9, 9:41 PM
Hey just found your comment while combing through old ones and like 2-3 others i never responded too, somehow they all musta got burired around the same time, maybe too many replies at once idk, or too much time passing in between.

Memrise certainly helps, i was able to start forming a good bit of sentences but i havn't had time to keep at my italian over the last 2 years so while i can still remember a good bit of words and basic phrases i actually cannot speak it yet, if i would of kept at it , i actually think i'd have a decent enough level of fluency from that website to attempt to make a friend who speaks the language and practice with them.
I'd say it'd get you over the halfway mark and to actually know how to speak it, you'd probably need a real speaker to practice with, but it definitely beats paying for a class because if you can learn the words then find someone whos interested in talking with ya, then its totally free. - which they have an app now, i forgot what its called ill have to let you know - oh its "HelloTalk" still got it on my phone and forgot lol

Oh last comment memrise can teach grammar and sentence structure to a degree after learning basic words, then you can work on sentences and grammar seeings you'll already know a good amount of the words used and be able to start figuring out how to order the words properly from there. - The only downside is larger courses, its not exactly fluid to allowing you to pick exactly what you want to relearn as it could be, but at the same time its free so lol.

I'll have to check out that aku no hana wonder if it has a dub, eitherway ill still give it a watch then, ty though im late to reply lol

OPM season 2 was sweet - the art did drop, but at the same time, i really liked the villain and his motives, though i seem to have forgotten exactly what he said at the end that his true purpose was, it was kinda cool at the time and I'm surprised mob pyscho still has no season 3 yet!

Thats whats up on the kpop though, but yeah still no go for me i suppose though i remember trying that,

Anyways, cool man, I hope you've been doing all right lately and sorry about this extraordinarily late reply lol - hopefully i can make the next one a bit quicker!

Awesomezme Jul 5, 3:53 AM
Ahhh yes, I did hear it is bound to send some chills to the viewers! I am actually quite excited for it since I have high expectations for it. :)

Hmm, I actually watched it already. The manga was good and the ending too. But, the animation and pacing did not really interest me because it feels so new, so yeh that's my opinion of it :D Nevertheless, it did stick to it's chilling vibe throughout the series. Especially the outro

Awesomezme Jun 18, 12:59 AM
Ohh I see, that's a wide variety of types of media. I was kinda expecting animes but those are good horrors I've heard of too! Have you seen the anime for Aku no Hana? I did hear the manga was better, is it?

Just wanna share, the 1st horror I've tried was Chuckie. I was young back then so I was so afraid of it for like a week or 2.
┌༼ ˵ ° ᗜ ° ˵ ༽┐

_AnOnA_ May 17, 12:25 AM
Reading novels, this lockdown has given me plenty of time to finish the big, intimidating ones. Almost done with War and Peace. As for manga, i just picked up Monster. Need to update my list.
Wbu? How are you killing time now?

_AnOnA_ May 16, 12:13 PM
Loool yes, really. They picked it up from a baby name book 😬
And i guess you're still waiting for that Uzumaki anime adaption. Or is it out already?

thirteenmoons May 4, 7:43 PM
hello!! you're welcome. sorry for the randomness of the request :') I like perusing through friends of friends here and exploring different profiles & looking at the favorites of others, and found you and noticed I like a lot of your faves (ex. welcome to the nhk is my fave, and I also love death note and steins;gate - in short, you have great taste) so yeah! just wanted to connect. hope you are having a good day :)